17 cars damaged by one vehicle in dramatic Galway crash 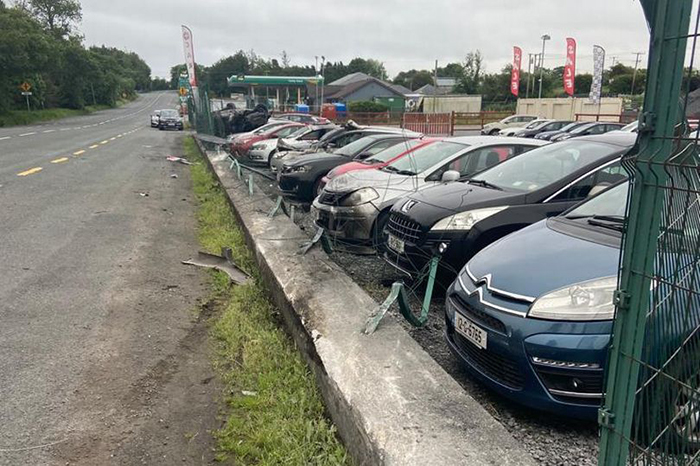 Gardaí are investigating a scene of mayhem at a car yard in Galway after a car careered off the road and crashed through the fencing of a car sales yard injuring the driver and damaging 17 cars.

The dramatic pictures highlight the severity of the crash in Headford at the car yard in which a man was injured and taken to hospital.

One of the vehicles was completely burned out and another car had its roof totally smashed in with the passenger seats crushed under the impact.

The car that caused the damage ended up on its roof on top of the bonnet of one of the parked cars and from the pictures you can see the severity of the crash close to the main road.

According to media sources, of the 17 cars badly damaged, ten of these were written-off due as the damage was so bad.

The single vehicle collision, now being investigated, happened at around 4am on Sunday morning and we can only assume that this was probably caused due to high speed. A Garda spokesman said:

“Gardai are investigating a single vehicle road traffic collision which occurred in Headford, Galway on Sunday, June 13 at approximately 4am. 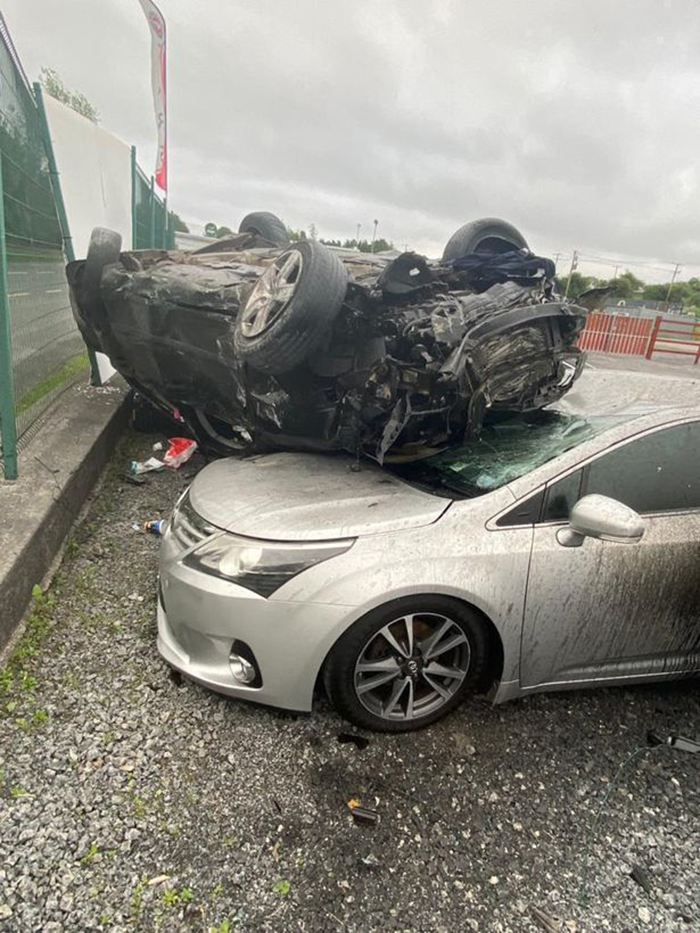 Previous Article: Chip shortage is having major consequences for car manufacturing
Next Article: Petrol and Diesel prices are sky-rocketing