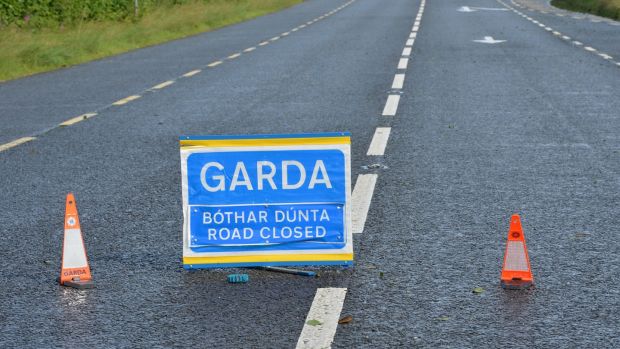 45% increase in driver fatalities on Irish roads in 2019

According to the latest figures from An Garda Síochána the RSA (Road Safety Authority) a total of 148 people died on Irish roads in 2019, compared to 142 in 2018, which was a 4% increase.

In those figures, it has been realised that there was an increase of driver deaths of 45%.

2018 was the safest year on record year for road fatalities, so it is concerning that there was an increase again in 2019, albeit, just by an increase of 6 people who lost their lives.

While there was one more motorcyclist death recorded in 2019 compared to 2018 (16 versus 15), an overall analysis of ‘vulnerable road user’ casualties shows that there was a 23% reduction in such fatalities. 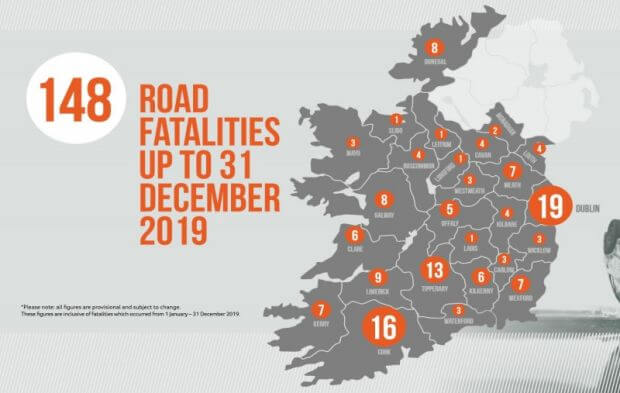 Assistant Garda Commissioner Dave Sheehan has announced that “two significant developments will happen” in 2020 to “ensure that high levels of visible, effective road safety enforcement is achieved”. There will be an additional 180 gardaí assigned to roads policing duties and secondly, a new mobility app on 4,000 devices used by frontline gardaí by the end of 2020. Sheehan went on to say:

“The new mobility app will revolutionise the way roads policing is carried out in this country. Both additional front line Garda resources and the greater enforcement capability of the mobility app will increase enforcement activity and help in reversing this year’s increase and achieving the road safety target,”.

The Chairperson of the RSA, Liz O’Donnell, stated that “after recording the safest year on our roads in 2018, it is deeply saddening that not only have we lost 148 lives on the road in 2019, but that it represents an increase in road deaths”.

“Rather than being disheartened it should spur us and our road safety partners into renewed effort,”

She noted that 2020 is also the final year of the government’s eight-year road safety strategy, adding that its primary target is to reduce deaths to 124 or fewer by the end of 2020.

“Deeper collaboration between all agencies responsible for road safety is already taking place to ensure everything that can be done is being done, not only to reverse the increase in deaths this year, but to achieve the strategy target.

“And it is a target that is very achievable, put simply it means saving two more lives a month, every month,”

The Minister for Transport, Shane Ross expressed his “deepest condolences” to the families of the victims who died on Irish roads in 2019, as well as “the many hundreds who have suffered serious injury”. Over 3,500 people have been seriously injured on Irish roads in the past four years.

“The only way to respond to these needless deaths and injuries on our roads is through action not words. While families and friends grieve the loss of their loved one, we must as a society all respond with deeds, to prevent it happening to others,”

He went on to say that individual road users “need to take greater responsibility for our actions when using the road”. “by slowing down, not driving while impaired through drink, drugs or fatigue, by not driving while using a phone, by wearing a seatbelt and always sharing the road more carefully with pedestrians and cyclists”.

All the staff at MyVehicle.ie offers their most sincere condolences to all the families who have lost a loved one most tragically on the roads.

"In the period January - December 2019 there were 137 fatal collisions resulting in 148 fatalities on Irish roads. This represents two more collisions and 4% more deaths (+6) compared to provisional Garda data for the full year of 2018.

Of the 148 fatalities, there were 81 Drivers killed, 16 Passengers, 27 Pedestrians, 16 Motorcyclists and 8 Pedal Cyclists.

July and August (9 each) had the lowest number of fatalities in 2019. September (20) and December (16) were particularly dangerous.

Previous Article: The importance of child car seats
Next Article: How to Buy a Used Car