The Road Safety Authority (RSA) has said that here are almost 8,000 drivers on Irish roads who have multiple concurrent disqualifications on their licences but who are continuing to flout the law by driving while under ban.

The RSA findings from August 2016 found that the licences of 7,651 drivers had multiple banning orders on them.

In 2015 there were 1,767 disqualification notices issued to drivers who were driving while banned.

The RSA carried out a research survey of the National Vehicle and Driver File database and found that banned drivers are responsible for killing between 11 and 14 other people every year. The statistics were based on the State’s 2.6 million drivers and 2.5 million vehicles, and the RSA’s own administration of driver licences.

The research concentrated on drivers who had been banned from driving following convictions for driving while drunk and/or causing the death or serious injury of another person.

It was found that many of these convicted drink drivers are simply ignoring their convictions and continue to drive, even after they are caught a second time.

In a shocking find, some of theses banned drivers are professional drivers behind the wheels of public transport vehicles, such as buses, or service vehicles, including vans and lorries.

It is believed that their employers are unaware of their criminal convictions and consequent disqualification from driving. 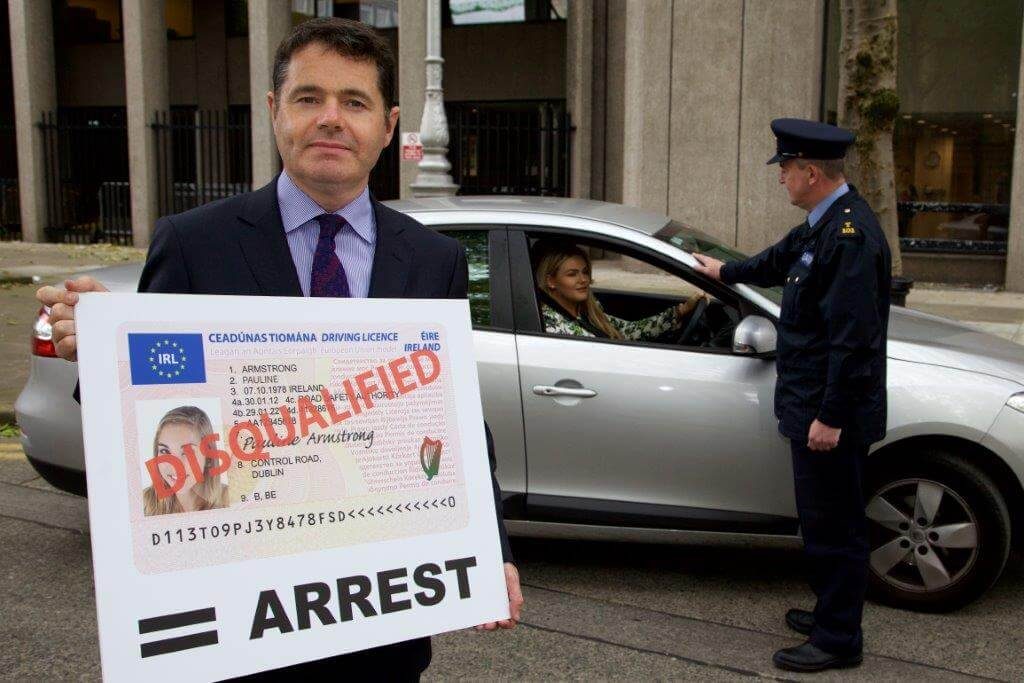 Disqulified drivers can be arrested on the spot

In an astounding statistic, nearly all disqualified drivers – almost 98 per cent – ignore written requests from the authorities and refuse to surrender their driving licences after their convictions and sentencing even though refusal to do so constitutes a criminal offence.

Refusing to surrender your driving licence is a criminal offence but there are no consequences when banned drivers do not respond to the letters or do not hand over their licences.

The RSA say that “a high percentage of drivers convicted by the courts continue to drive with impunity, ignoring their driving ban”.

They went on to say that this is in fact “killer driving behaviour” and as a consequence, the RSA wants to create a “name and shame” list or register of disqualified drivers which would be published on their website just like the tax defaulter lists published by the Office of the Revenue Commissioners.

A register of banned motorists flags up some data protection issues which would have to be addressed. As a result of these concerns, the RSA is advice from the Office of the Data Protection Commissioner, which is understood to have expressed concern about the right to privacy of disqualified drivers but to have indicated also how such concerns could be allayed.

“If we follow all the steps indicated to us by the Data Commissioner, we don’t believe that any complaint will be validated,” said RSA chief executive Moyagh Murdock.

Naming of all drink drivers

Shane Ross has said that he intends to publish the names of all drivers convicted of drink-driving and those disqualified from driving.

“The idea of shaming people is, quite honestly, often more powerful than fining them or issuing penalty points,” he said. “In certain areas, there is a huge amount of embarrassment about being convicted for drink-driving.”

(From January 1st, 2015 to June 2016, 700 professional drivers were banned, but more than 100 of them also received fixed-penalty notices, indicating that they continued to drive despite their disqualification.)

Previous Article: Convicted drink-drivers to receive a mandatory road ban
Next Article: Why you shouldn't trust a car history check from a used car website that is advertising the vehicle for sale