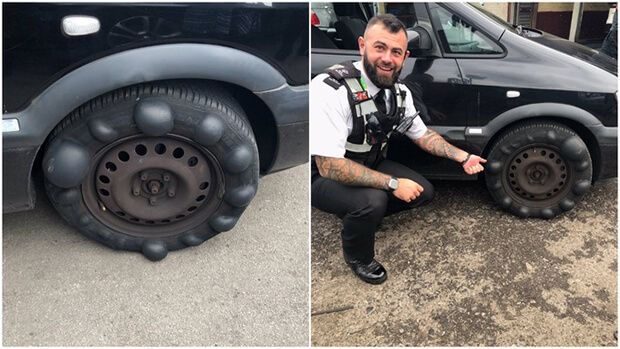 The Automobile Association in the UK said that the weird air bubbles that appeared on the tyre of a normal car could have been ‘pretty lethal’ to other road users.

A council safety officer spotted the bizarre bubbles on the tyre and pulled the driver over before there was an incident.

The road-side officer, a member of Derby City Council's public protection team, was shocked to see the huge tyre bubbles during the school run in Derby.

The driver was spotted after dropping their children to school in Normanton and the officer advised the motorist to head to a nearby garage to have a new tyre fitted. 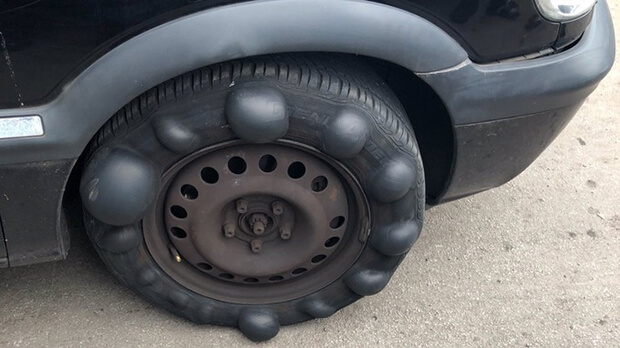 It is unclear exactly how the bubbles appeared but in general, they can form through "neglect and lack of maintenance on the car." Luke Bosdet, an AA spokesman, told ITV News:

"There is a real danger that a tyre like this could blow and not only endanger the driver but also other road users which could potentially be pretty lethal."

"A tyre that has air bubbles like this is often formed because they are so old, they've been banged up against curbs and essentially it's down to neglect and lack of maintenance."

"This is a prime example of someone who hasn't bothered to check their tyre or the depth of their tyre tread,"

"The reality is badly maintained cars are the major cause of break downs."

When asked what drivers should do to combat this, he said: "Drivers should be checking their tyres at least every fortnight or every week depending on their mileage."