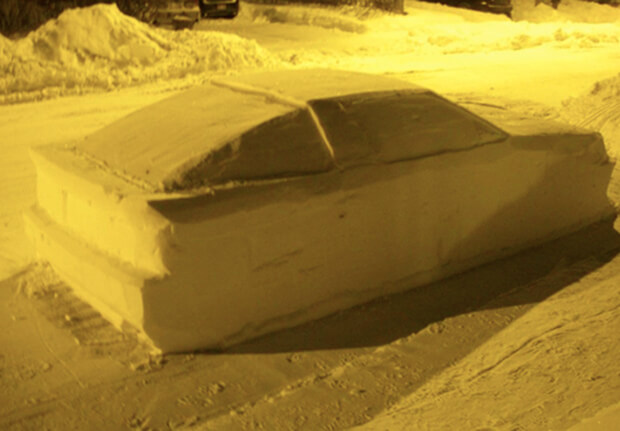 Car made of snow almost gets a parking ticket!

We all know cops like to do their job and enjoy giving out parking tickets but the one Canada cop took his job to a new level of commitment.

Getting a parking ticket can be is frustrating of course but imagine a car literally made out of snow getting a ticket.

A 33-year-old  Montreal machinist and cabinet maker, Simon Laprise wanted to create a car made out of snow in the style of the iconic Back to the Future  DeLorean DMC-12. When the cops rolled up, the police officers mistook his icy sculpture for a very real and badly parked vehicle.

As you can see from the pictures, the snow car was beautifully and painstakingly detailed; with everything from the window to the wheel rims perfectly outlined under Simon’s skilful hands. 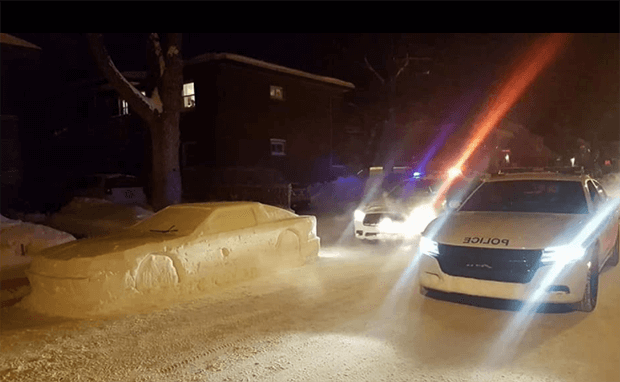 Simon had even used a real windscreen on his masterpiece, which he had luckily discovered in the street and as a result was inspired to make his creation after spotting a huge pile of snow outside his workplace. Simon said:

It was a beautiful day, so I decided to do something out of the mountain of snow, to do a little joke to the snow guys, and have fun sculpting a car.

It’s not my first one, just the first I do in the street on snow removal day.

To me, snow is a great free material to sculpt anything out of.

Simon had only intended to prank the snow removal team and had no idea his mischief would fool the boys in blue.

The reason why the cops stopped to ticket the car was that in some parts of Canada, parking within a snow removal zone where ploughing is about to take place is strictly prohibited 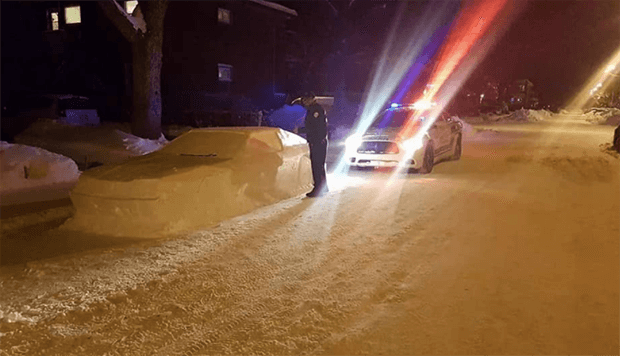 Simon left his ‘new snow car’ parked up for the night in a place where ploughing was scheduled but he couldn’t have imagined the ruckus it would cause.

Hilariously, one image showed an officer who was apparently unaware of the prank and preparing to slap a parking ticket on what he believed to be a real car, badly parked. Simon went on to say:

I thought the tickets was hilarious,

But when I saw the cops pictures on the internet the next day, it was even better.

Fortunately for Simon, the officers had clearly seen the funny side, and left an appreciative note on the windscreen which read (in French):

You have made our evening hahahahaha 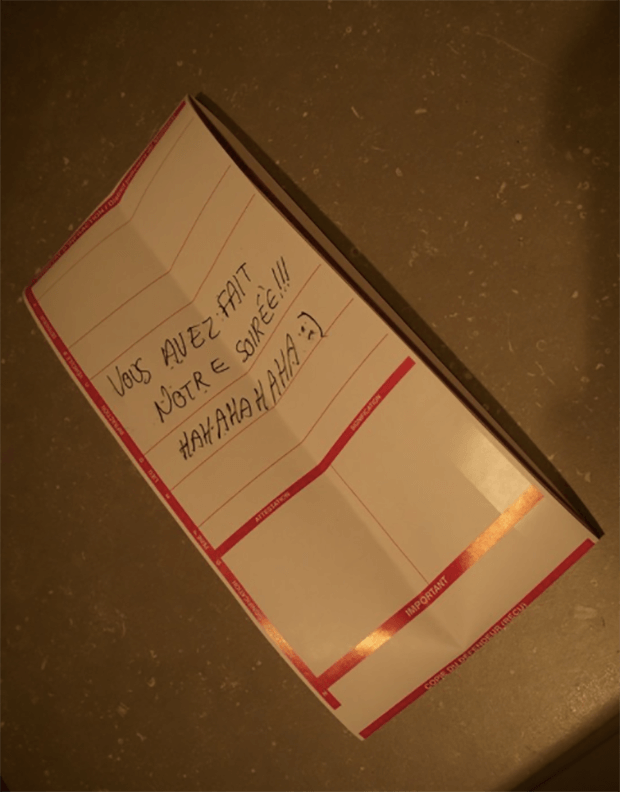 The Montreal snow patrol has since demolished the wintery work of art however, the comical event lives on through social media as the event has gone viral.

So next time you want to build a snowman and are looking for pieces of coal and a carrot, why not give a thought to some other snow creations that you could make. The snowy DeLorean makes every single one of your snowman building attempts look pathetic, carrot or no carrot.

Previous Article: Some reason why Modifications may not be cool
Next Article: How to Buy a Used Car