It is being reported that three and four man gangs are working with precision like Formula 1 mechanics in their criminal efforts to extract the lucrative vehicle component.

The well organised thieves come well equipped with large car jacks so they can lift the car with ease, and cordless power tools to cut the catalytic converter from underneath the car.

Figures from An Garda Siochána show that just 79 converters were recorded stolen in 2017 and 96 in 2018 but that there was an exponential explosion of this crime in 2019, with 989 cars being targeted.

The latest 2020 figures are showing a greater increase with 1,014 recorded thefts in just the first 9 months last year. The final tally may be over 1,300 catalytic converter thefts last year. Some 75% of all cars affected were reported in Dublin.

Thieves can steal these converters in minutes and even return again to the same car when a new converter has been fitted.

To give you an idea of the scale of this problem, one Londoner has their converter lifted and then it was stolen again just 6 hours after it was refitted.

So what’s going on? Why is there an exponential rise in converter theft? Well, it is mainly to do with the soaring value of the metals used in converters, rhodium and palladium. 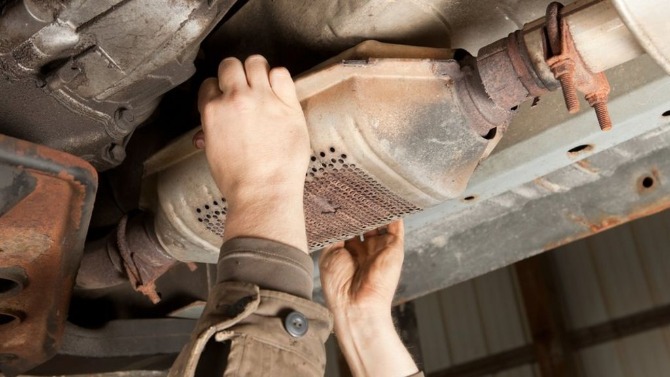 In fact, some owners of hybrid vehicles in particular have been told that the precious metals extracted from their cars are worth more than the actual car itself. Older hybrids are targeted as they contain more precious metal than newer ones. 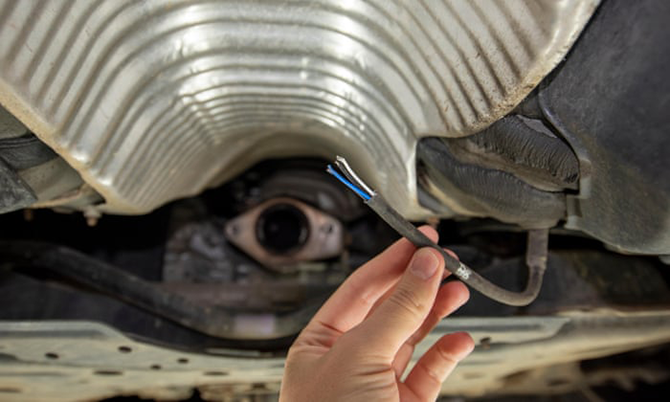 In the UK converter thieves can make as much as £300 - £500 for every unit they steal. These components are fenced through other scrap metal dealers who are not required to ascertain the origin of the metals.

As a result of the rising number of catalytic converters being stolen, many are opting to fit a cage around the converter to make it harder fro thieves to remove it from your car. 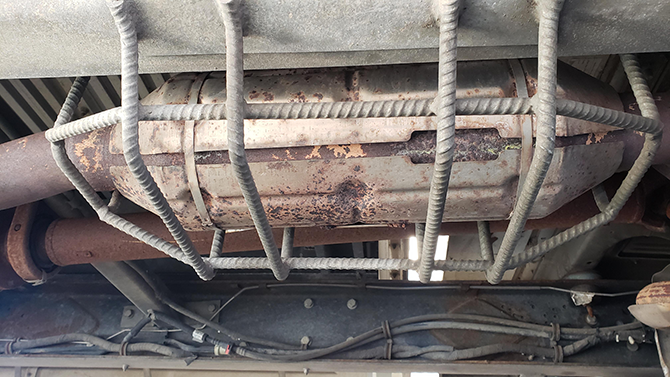