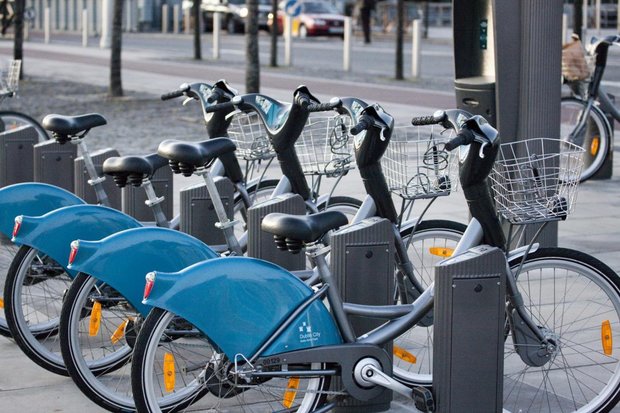 Cycling and city planning professionals met last week at Dublin’s Convention Centre for the international cycling conference, Velo-City which was back in Dublin after 14 years.

Dublin City Council hosted the International cycling event from the 25th to the 28th June 2019 where Klaus Bonda, the chief executive of the Danish Cyclists’ Federation and other leading cycling proponents in Dublin called to restrict the number of private cars in the city to make way for more ‘sustainable’ transport modes, such as bicycles and more cycling lanes.

According to Copenhagen’s former “bicycle mayor”, Mr Bondam said, for Dublin to become a “cycling city” by 2030 there would have to be huge political will for that to happen and a big investment in infrastructure. He went on to say:

“Sometimes you will need to build segregated cycle lanes in places where cars are today.”

''If a cycling infrastructure was put in place, no doubt it would be used and would actually encourage more people to look at sustainable modes of transport. In general, people will not adapt and choose bikes over cars if there is no proper infrastructure. ‘Build it and they will come.’

Proponents of cycling believe that people need to see bicycle lanes in place and for cycling to be accessible before mass adoption?

According to these cycling experts, countries such as Ireland have allowed cars to take up “too much space”, and “strong, lasting policies” must be put in place to end the age of the private car and replace it with pedal power over the next 20 years or so?

Another cycling policy adviser from Amsterdam, Ria Hilhorst, said if Dublin is to become a ‘cycling city’,  “you have to take measures against cars”.

So this seems to be the stance of these cycling federations and Ms Hilhorst, that bicycles are not only another means of transport but a transformational option for the entire cityscape. She believes that reducing private cars will free up land space in our cities; the rationale being that a bike only street only needs to be about 8m wide, whereas cars require 30m to 50m widths. 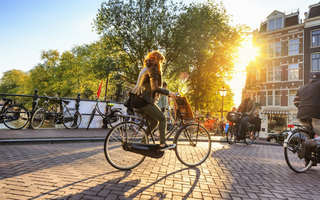 In cycling friendly cities such as Amsterdam, 36 per cent of all journeys are made by bicycle. This is made easy, as deliberate policies have been put in place to reduce car use since the early 1980s.

Ms Hilhorst believes Dublin would have to learn from cities like Amsterdam for it to be successful in implementing a new cycling landscape. The cycling people want new low-traffic policies put in place, with Dublin needing planning to remove 10,000 parking spaces over the next five years to further curb motor vehicle use.

“You need to realise that there is limited space [in cities] and so you have to diminish car space,”

She went on to say that politicians must have a “straight back”  when it comes to implementing long-lasting change.

“It’s not easy but if you come to Amsterdam you can see we did it,”

Brian Deegan, who is an urban design engineer said cities, including cities like Dublin, have made decisions based on the motor car for far too long.

“You need to decide what kind of traffic you want and design for those road users,”

“Most civilised cities are at a tipping point in realising the benefits cycling can bring to cities. We have been sitting on the solution for decades,”

Brian Deegan has designed projects for cities like London such as the £1 billion (€1.1 billion) Cycling and Healthy Streets programme. He believes that at the moment, Dublin’s cycling infrastructure is limited, and he would be right. In reference to a proposed Bus Connect Programme, he said:

“There has never been very much for me to observe. If you’re finding space for cyclists by cutting into footpaths and cutting down trees, I would say you are going wrong.”

He was critical of some of Ireland’s more “experimental” cycling infrastructure initiatives, such as mixing cyclists and cars on busy roundabouts, which, he said, “relied too much on Dutch behaviour”.

Obviously, the best way is for clear segregation between regular traffic and cyclists which he said would keep them safe from “fast and aggressive” motorists.

They are all about curbing “the excesses of motorcar use,”  in a system where cars are king”. 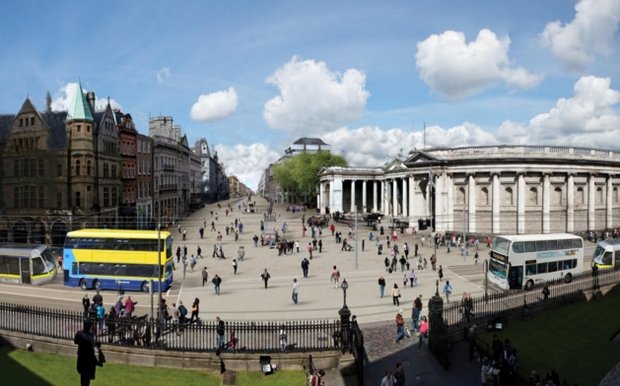 Previous Article: Ireland's Top-Selling Cars May 2019
Next Article: Why you shouldn't trust a car history check from a used car website that is advertising the vehicle for sale