Hazardous Emissions from Motor Vehicles have been a growing concern in recent years. Renowned motoring companies are known to have been involved in scandals, manipulating emission data from their vehicles. The motoring industry have constantly promoted diesel cars as much cleaner and “environment friendly”. Automobile companies boast that diesel cars have greater fuel economy and very little maintenance than petrol cars. Recent studies have debated the topic; which fuel is cleanest in terms of exhaust emissions. With the help of catalytic converters, Petrol Cars have been found to reduce their harmful emissions tremendously. The harmful CO gases are oxidized to produce less harmful gases like CO2. Despite these, petrol cars are still found to produce more CO & HC than Diesel Cars. Diesel fuel is also known to contain no Lead and they have greater fuel economy producing less CO2 per km. However, diesels have higher emission on NOx and ever higher emissions of ‘Particulate Matter’.

Diesel Particulate Matter – What is it?

Particulate matter - related with the traditional black smoke coming out of diesel powered vehicles. The two worst types of pollution that a Diesel engine produces are: 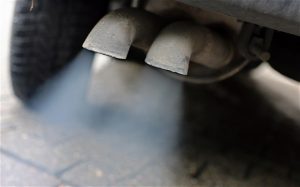 Diesel particulate is a complex component of diesel exhaust, consisting of soot particles primarily. They are particularly of special concern as the particulates are able to penetrate deep into human lungs, due to their respirable size. They are lodged deep into the lungs and sometimes even found in bloodstreams.

The Soot particulate matter is a combination of:

Diesel particulates can create a threat to the public health if not regulated, therefore there are diesel emission regulations throughout the world and new technologies developed regularly to keep a check.

Diesel Particulate Matter – Does it Affects My Health?

The severity of health effects depends upon how long or how regularly you are exposed to Particulate Matter. Acute exposure or short term exposure causes irritation to the eyes, nose, some light nausea, cough or even sometimes exacerbate asthma.

Human epidemiological studies have confirmed that prolonged exposures to PM increases the risk of cardiovascular diseases. Inhalation to diesel exhaust have also been linked to Lung Cancer.

Diesel particulate Matter - What Can We Do to Minimize the Risk?

Diesel exhaust continue to remain one of the most widespread toxic substance in most urban cities. There are new regulations and laws being implemented to regulate exhaust emission standards. New and improved diesel engines have already reduced hazardous pollutants from the diesel exhaust. Few Suggestions that we can suggest are:


Diesel exhausts contains very small particles (commonly known as Soot) which is a mixture of 40 toxic air contaminants. If these emissions are not properly controlled, they can create a serious health issue. To regulate and minimize the hazardous emissions escaping into the atmosphere DPF (Diesel Particulate Filter) were introduced. In simple terms, diesel particulate filters remove soot from the emissions. They capture the diesel particulates to prevent their release from the atmosphere

Diesel Particulate Filters - How do they work?

When the ‘Euro 5’ standard came into effect new cars were effectively required fitment of a DPF. They were developed to reduce 80% reduction in Soot emissions. Similar to any most filters they ‘Trap’ bits of Soot in the exhaust. In order for DPF to work efficiently, the car needs to be driven at a stable speed for a period of atleast 15 minutes. This allows the DPF enough heat to burn the soot components. Like many other filters, DPF need regular maintenance, this is Self-done by a process called ‘regeneration’ where the soot is burnt so as to leave only a tiny ash residue.

However, DPF systems are not that easily serviced. Inorder to prevent DPF being blocked, the sooty residue needs to be burnt and turned into ash. But driving in urban areas, the exhaust temperatures do not reach the temperatures high enough to burn the soot. So they either need to be cut open and cleaned or if a certain number of mileage has elapsed (Depending upon the type of car – Make & Model), will need total replacement.

Most of the vehicles rely on their engine management computer (ECU) to get rid of the soot landings. The ECU will then increase the exhaust temperatures to initiate regeneration process. This is called active regeneration.

Sometimes the journey can be little short for the regeneration process to fully complete. A warning light is displayed indicating that the filter is partially blocked. One way to get rid of the leftover soot is to drive for 10 minutes at a speed of 40km/hr or greater. If the warning light is ignored for a prolonged period, the soot formation may build up to 75% where another dashboard lights come on and now you’ll have to take the vehicle for a ‘Forced regeneration’

This is used when the soot levels in DPF have increased significant or where active regeneration cannot be met. At this point, the vehicle is under ‘restricted performance’ mode. If the soot formation is above 85% then regeneration can no longer be performed and the DPF will have to be removed for cleaning or be totally replaced.


Sometimes motorists bemoan the financial cost associated with a clogged DPF. To replace a DPF is even more expensive (likely a four figure bill). So some motorists are inclined to acccept DPF removal services as a viable option, but it is crucial to realize that not only is it completely bad for the environment but this is also almost illegal. The Department of Transport guidance states that “it is an offence under the Road Vehicles (Construction & Use) Regulations (Regulation 61a(3)) to use a vehicle which has been modified in such a way that it no longer complies with the air pollutant emissions standards that it was designed to meet”.

Since February 2014, thorough inspection of exhaust system is mandatory part required to pass the NCT test and vehicle missing the DPF will result in failure. An adverse effect of removing your DPF may even result the owner invalidating their insurance.