Attention was drawn to the new Dublin Bus colours as they have been seen around the city and concern is growing that Dublin Bus is being privatised?

Privatisation brings with it some big problems for passengers as it could lead to the loss of ceratin routes that the public is used to and also the loss of profitable routes to private enterprises.

The new livery, which looks very well, will be fully introduced once a new bus operator starts running on 24 routes across Dublin before the end of the year.

Many are concerned that Dublin Bus and its iconic brand is being phased out to make room for a number of private companies. No longer known as Dublin Bus; they will carry the new logo Transport for Ireland.

The new blue scheme with flashings of green and white will be used on buses used by the private operator, Go Ahead, which will start operating on 24 routes in the next couple of months.

The NTA said these colours would be used on new Dublin Bus vehicles from next year and the distinctive yellow markings currently in operation would gradually be phased out as older buses are replaced.

The new blue colour scheme may look a lot quieter than the yellow and blue scheme presently on the fleet and a bit bland too but it’s hard to see how this colour can be any more recognisable to the visibly impaired as they maintain? 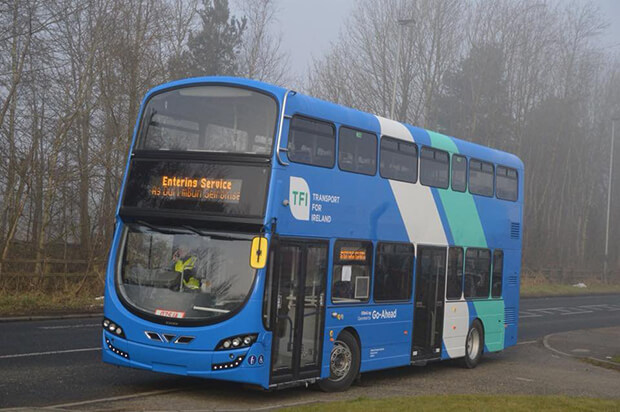 Fianna Fail TD John Lahart said he would like to see the decision to have all of Dublin Bus branded in these colours to be reversed.

"Dublin Bus is part of the fabric of Dublin and I don't think it should be eviscerated so easily," he added.

"Feedback shows the colours appeal to people with special needs and are a help to people who are visually impaired - they can see it coming and the current scheme was chosen with this in mind.

"I think the Dublin Bus brand is worth defending and fighting for.

The politician believes that the new Go Ahead buses will not carry the Dublin Bus branding but instead, the NTA's 'Transport for Ireland' logo and the company's own name and he is concerned that this could lead to the privatisation of all the capital's bus network? He went on to say:

"If the public get used to a universal livery then it is very easy to bring in private competition and the public doesn't really know anything about it," he said.

"I think it would promote competition and efficiencies across the system if it was easy to identify service providers.

"They would be easily compared and people would know what services they are using." 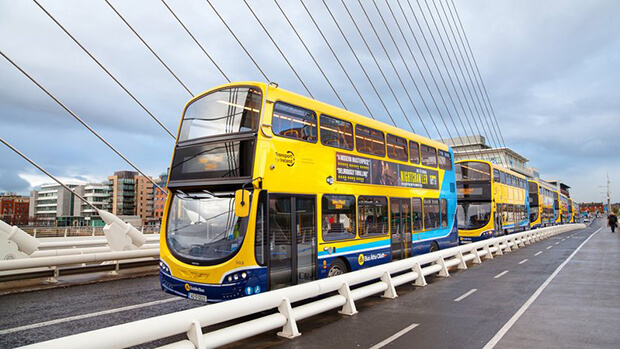 Let’s hope that the iconic Dublin Bus brand is maintained in this era of privatisation. To allay fears, a Dublin Bus spokesman said they want the company's brand to be maximised.

“The Dublin Bus brand is an iconic brand, which is widely recognised nationally and is a significant asset to the state. The value of this citizen brand should be utilised to the maximum, building on its strong performance to drive further customer growth. Dublin Bus will continue to work with the NTA to seek the best possible outcome for our customers, company and city.”

The NTA said it had no plans to privatise the fleet.