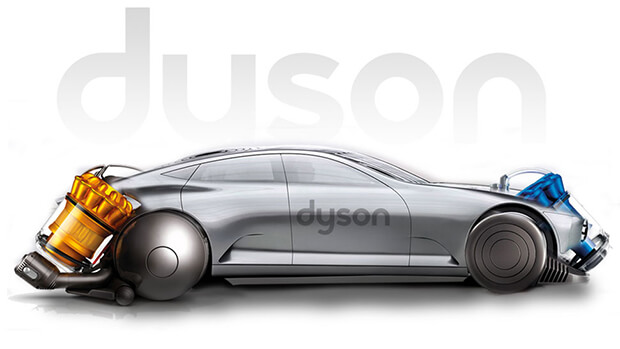 Giant vacuum manufacturer, Dyson has abandoned their plan to build electric cars. They have stated that the $3 billion dollar project to take on the worlds greatest car manufacturers is just not commercially viable.

Although Dyson are experts in their own field, they may have gotten too much ahead of themselves. Although they have produced what they claim is a "fantastic" vehicle, they have vowed to wind down the project as they have not been able to find a buyer for the project they were working on. The company’s billionaire founder, James Dyson said in a note to employees:

"Though we have tried very hard throughout the development process, we simply can no longer see a way to make it commercially viable."

The company announced in 2017 that it was joining the global electric vehicle market, entering the EV race against specialists such as Tesla Motors and also all the greatest car manufactures in the world.

They said last year, that they had committed £2.5 billion (€2.9 billion)  planned to build their electric cars at a new factory in Singapore which was supposed to become operational by next year in 2020.

Last year the company said it was planning to build electric cars at a new factory in Singapore and had planned for it to  be operational by 2020. Dyson even committed £2.5 billion (€2.9 billion) to the project but many automotive experts and analysts have questioned whether Dyson actually had the engineering experience to pull off their ambitious EV plans.

Inexperienced in the industry, they were taking on the biggest car giants in the world with billions of research and development budgets and deploying huge amounts of capital into EV technology.

Dyson had not released many details about their project but has said that their car had huge potential.  Dyson told GQ magazine in 2018.

"Since day one we have taken risks and dared to challenge the status quo with new products and technologies. Such an approach drives progress, but has never been an easy journey,"

"This is not the first project which has changed direction and it will not be the last,"

Dyson said that they will continue to develop solid-state batteries and other technologies and has also promised to find alternative jobs for some of the workers who were being prepared for the EV operations. Dyson went on to say that those who cannot find alternative roles would be supported fairly.

Previous Article: Recycling electric cars
Next Article: How to Buy a Used Car