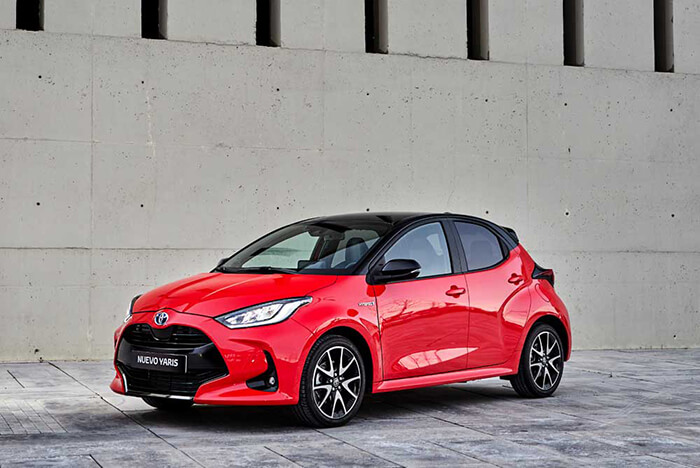 The Yaris has won the accolade of Europe’s Car of the Year mainly due to the great reviews for a rally-inspired GR version.

Toyota Yaris continues to be an extremely popular super-mini even seeing off major competition, such as the Skoda Octavia. Other popular minis are the all-electric Fiat 500 and the Volkswagen ID.3.

The final results as voted by motor journalists were:

Part of the popularity of this car is not only its eco-friendly petrol-electric hybrid powertrain but that it is also styled on a rally car.

One voting journalist said that the GR version of the Yaris was ‘the best car he had driven all year and one of the most fun cars in years’.

What some of the jurors had to say:

“A very good all-rounder in its segment that offers top of class safety features.”

“An important car, for an important segment. Toyota continues their work to lower the emissions without compromising the car, with this 3-cylinder hybrid.”

“Not happy enough for having the best full-hybrid system in the segment, Toyota made it even better. More efficient, easier to use and it is fun to drive now.”

“A major qualitative leap in hybridization and efficiency that allows for almost unbelievable fuel economy figures.”

“Something has happened. Toyota Yaris used to be a reliable, fuel efficient but quite boring little car. The new Yaris is fun to drive, nice to ride in and still fuel efficient and reliable.”

“Yaris is the best all-rounder in this competition. Hybrid is the way to reduce CO2 if customers miss charging infrastructure where they live.”

“The Yaris has been redesigned from the ground into a good-looking small hatch with also interesting riding, thanks to its new platform.”

The new low-emissions Toyota supermini may not have as good an interior as last year’s Car of the Year winner, the Peugeot 208, but it handles very well and looks sporty in the GR version.