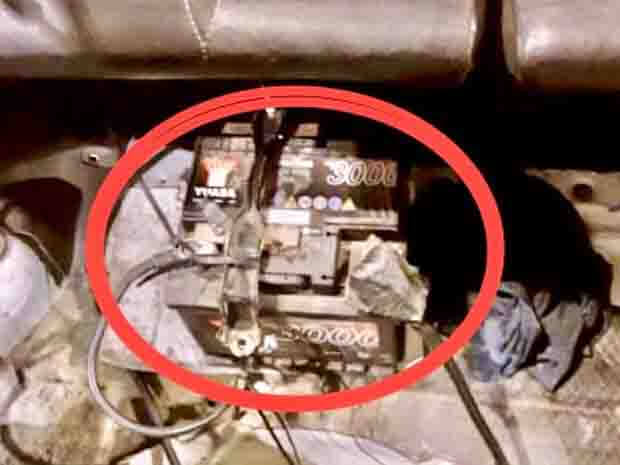 Gardaí have seized a modified car in Ennis, after the discovered that the battery was “relocated” to the boot and held down by cable ties. This kind of vehicle modification could potentially cause a fire or even acid leak from the battery.

The Gardai were out specifically to look for dangerously modified vehicles. They spent seven hours stopping all cars which looked like they were modified in some way. They eventually stopped several cars in the operation.

The operation took place over night between March 6 and 7, when the Divisional Roads Policing Unit in Clare were able to stop and inspect the vehicles as part of Operation CURB (Changing Your Road Behavior).

The cars were seized under Section 20 of the Road Traffic Act or Section 41 of the Road Traffic Act and submitted for inspection by a Garda public service vehicle inspector. After the inspections they found that three of the cars were dangerously defective. In one instance, they found that the vehicle had an engine replacement.

The new engine obviously being a different size from the original did not allow for a battery to be stored under the bonnet so they had to find a new home for it in the boot, where it was held down by cable ties.

Garda vehicle inspectors said that this modification was "extremely dangerous" as the battery could "start a fire or leak acid if disturbed". The modification also rendered the driver uninsured as they were in breach of the policy as they did not inform the insurer that modifications were made.

In another vehicle, they found that the cars airbag malfunction lamp was permanently switched off and the suspension had been modified so low that the car undercarriage was dragging along the road surface, with the wheels trapping themselves on the body structure.

The Gardaí found other dangerous modifications like a handbrake not working, airbags not effective, dangerously low suspensions, Leaking engines, oversized and wide tyres which are capable of throwing debris into the path of other vehicles as the debris is not caught by the flaps.

A modified handbrake can allow a driver to drift which is a dangerous maneuver outside of controlled situations. This kind of modification interferes with the normal safe running of a vehicle.

Three of the modified cars stopped and inspected were not found to be in brach of any legislation and the Guards actually commended the young drivers for their efforts in ensuring that their cars were in a safe and legal roadworthy condition. The Inspector overseeing the operation, Paul Slattery said:

"Some of the cars we have seized during this operation are dangerously defective. Whilst the car may look and sound great, by altering a car past what the legal standard is makes it dangerous to all road users."

"Educating drivers about what is allowed and what’s not is a key part of this. Our roads policing unit are always available to talk to drivers if they are thinking of modifying their car so that they are compliant with road traffic legislation."

The drivers of the three dangerously modified cars will all be receiving summons.

Previous Article: Gardai warn how easy it is for criminals to break into your car
Next Article: Petrol and Diesel prices are sky-rocketing