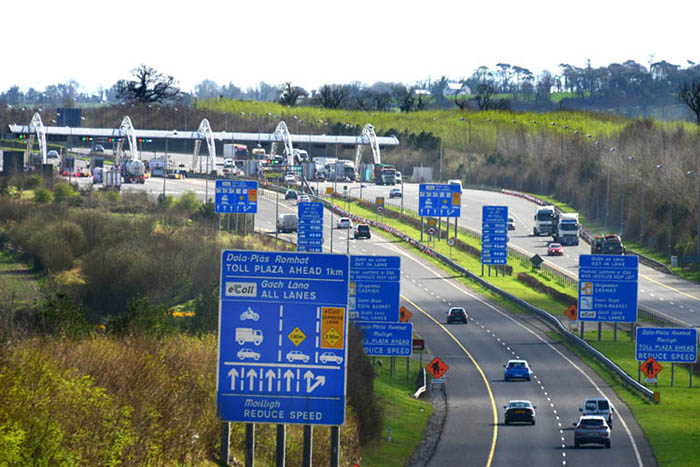 Irish motorists left behind almost a million euro last year at toll booths across the country. Mainly, drivers did not collect their change. The old adage certainly rings true, “Every Penny Counts” with €816,000 in overpayments.

Transport Infrastructure Ireland revealed that “excess tolls” collected during 2020 came to a staggering €429,000, compared to the figure of unpaid tolls which was €392,000.

Last year, from January to October €387,000 was collected in overpaid tolls compared to just €251,000 lost to motorists evading charges.

The details show that nine of Ireland’s busiest roads collected in excess of €173,000 in tolls, even when factoring in the cost of toll evasion.

The most lucrative road in the country, as you can imagine for excess tolls, was the M1 motorway between Dublin to Dundalk. This section of motorway made €143,000 in uncollected change at their toll gates between January 2020 and October 2021.

In comparison to the overpaid tolls, unpaid tolls on the top nine roads totalled €643,000 but TII (Transport Infrastructure Ireland) did not provide a breakdown of which roads were most affected. They said this would compromise their ability to target those drivers that repeatedly evade their toll charges.

Figures provided for the M1 between Dublin and Belfast saw €26.1m taken in revenue between January and October 2021. Following is the breakdown of payment methods.

Other routes were more dependent on cash payments however, with 36.2pc of all payments on the Limerick Tunnel made through cash. Cash payments of 30% on the M8 motorway. On the M50, almost 69% of all tolls last year were through an electronic toll card or tag, while 16.5% were processed via a video registration system. Another 14.6% of motorists using the M50 were unregistered, meaning the motorists had to later log on and make payment for their journey.

Previous Article: Second-hand car prices on the increase
Next Article: Damaged and Crashed Car Report for the Month of May