London police to use drones to catch speeding motorists 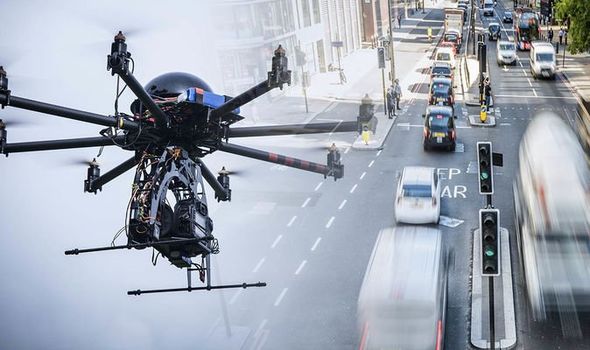 For the first time, police in London are planning to use a drone to catch speeding motorists.

Scotland Yard will use the drone technology on some of the major routes into London later this month in a bid to reduce road deaths and injuries, particularly from speeding.

Specialist drone operators will review aerial footage, which also has night vision capability, and will be able to direct the London police to stop offenders that the drone operator picks up on its camera.

This drone technology which is the first initiative of its kind in the UK has been in operation by the metropolitan police since July.

So far over the past five weeks, they have caught more than 160 motorists for speeding with some motorists travelling in excess of 127mph (204km/h).

Police say they have two strategies. They will deploy the drones at high altitudes so they will not be detected by speeding motorists and also they can be flown closer to the ground so they can be visible to motorists, so as to act as a deterrent.

The British cops maintain though, that they are not interested in deploying the drone to catch those motorists that are just a few miles an hour over the speed limit but are focussed on capturing dangerous drivers who are putting other road users lives at risk.

Drone technology is already being utilised by the French police to target dangerous drivers in Bordeaux. Luke Bosdet, from the AA, said:

"If it is the equivalent of using the police helicopter but it will reduce costs, it has got to be beneficial. But there will be some raised eyebrows at drivers being tracked by technology that has been used to hunt militants in war zones."

Joshua Harris, of safety charity Brake, said: "We welcome the use of technology to enforce against, and help deter this selfish and dangerous behaviour."

What will they be used for next?

Drone technology is now being adapted for use in the field of first responders and public safety. UK police have used drones to prevent illegal deer poaching and by firefighters to gather information of wildfires. There is an effort to develop European-wide emergency service standards for using drones, training pilots, and operating within a legal framework by the European Emergency Number Association (EENA).

This technology is already being tested by the Donegal mountain rescue team and West Wales Fire and Rescue Service, with operations including firefighting and search and rescue scenarios across cities, mountains, coastal waters and more. 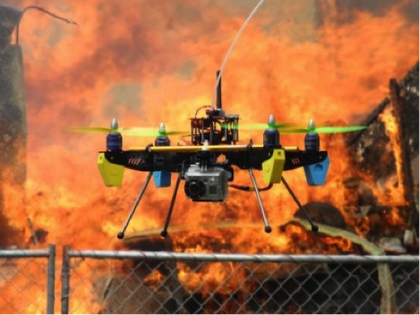 Previous Article: Woman zooms down Dublin’s N4 on an electric scooter
Next Article: Damaged and Crashed Car Report for the Month of May