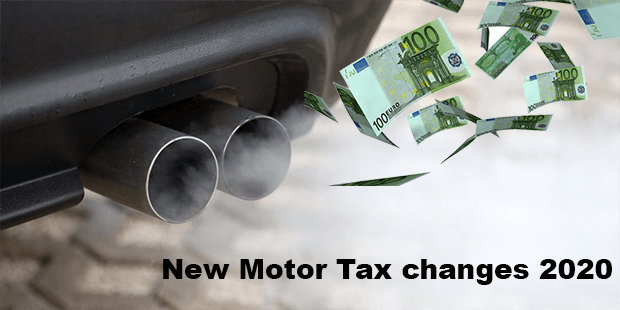 Major motor tax changes proposed for the next budget. According to government officials, major changes are to be implemented in the motor tax regime. This is to include an additional number of tax bands for Vehicle Registration Tax (VRT).

There will also be an elimination of hybrid tax relief and electric vehicle grants, as well as a replacement of the one per cent diesel surcharge with a NOx emissions charge.

The department of finance has drafted a paper with these propositions for the budget which they intend to hold out until 2020 to implement.

The aim of these alterations is a move towards strengthening the environmental rationale of the VRT regime, with the use of new tougher CO2 emissions figures when applying tax on new cars and used imports.

A new formula is recommended that has fixed and variable elements to remove the stepped nature of the current regime. Some of the changes that have been proposed include:

The WLTP- Worldwide Harmonised Light Vehicle Test Procedure has been introduced since 2017 and is a laboratory test is used to measure fuel consumption and CO2 consumption from passenger cars, as well as their pollutant emissions. It has replaced the NEDC (New European Driving Cycle) which is an outdated method that has been based on theoretical with real-driving data.

The report recognises that for dealerships and the lead-in time in purchasing vehicles, it is justified to hold off the implementation of the new tax regime until 2020.

When it comes to older vehicles that have been categorised by the old test method, two options have been suggested which would be to increase the old rating by 21% and apply to tax figure or the use of a sliding scale.

Recent evidence produced by the new emissions testing system WLTP shows that CO2 emissions for conventional hybrids are substantially higher than what the old system originally anticipated. A statement issued in the paper concluded that:

“It is difficult to provide a continuing justification for the extension of VRT relief for conventional hybrids in view of the emerging evidence”.

Another recommendation proposes the elimination of the diesel surcharge for a charge linked to NOx emissions and other air pollutants. This could be €5 per mg/km of NOx. This new levy would also be applied to new cars and used imports.

So what will these new motor tax changes mean for motorists?

What does this mean for new car buyers or those importing a used vehicle?

It is unclear exactly when these changes are to be implemented, this proposal must be looked at in-depth by the Minister for Finance before the budget in October 2019. This is happening now due to the government's climate action plan needs areas like transport to put environmental issues at the top of their list.

Previous Article: Mood reading vehicles
Next Article: Damaged and Crashed Car Report for the Month of May