Some manufactures within the tyre industry are calling for the minimum legal tread depth to change from 1.6mm to 3mm.

In contrast to other tyre manufacturers, Michelin says that changing tyres at 3mm is not necessary. Not only is it not necessary but it is also costly and harmful to the environment.

It no doubt highlights the self interest within the tyre industry to call for this unnecessary change especially since a global giant within their own ranks, such as Michelin see the move as counterproductive.

Michelin recognises that changing tyres at 3mm would cost motorists money and increase carbon emissions – especially as a tyre becomes more fuel-efficient as it wears. 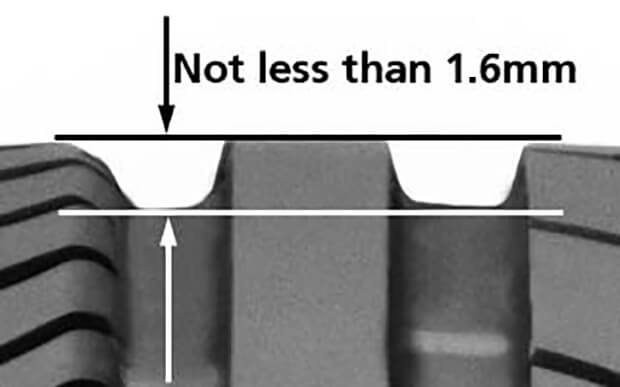 An Ernst & Young report commissioned by Michelin found that changing tyres at 3mm instead of 1.6mm would cost European Union drivers an extra E6.9 billion a year in unnecessary tyre purchases and additional fuel consumption.

Michelin are more concerned with calling for a change to the tyre testing regime with regards to wet braking performance at 1.6mm.

As tyres wear and tread depth reduces, performance will change in the vehicle. A tyres performance is affected by many different characteristics such as casing design, materials used, rubber compounds, tread design, shape of grooves and sipes etc.

It has been found in tests that changing tyres early before they are fully worn does not guarantee greater safety and wholly unnecessary.

There are no current studies which have established a direct link between accident levels and tyre tread depth. Suggesting that tyres need to be changed early just does not make any sense, except that it would create more revenue for manufacturers.

A sane individual certainly wouldn’t throw away his shoes just because they needed a shine or the tube of toothpaste which was only half full. It’s the very same thing with tyres. Why throw them away before their time has come which is the minimum legal limit of 1.6mm. 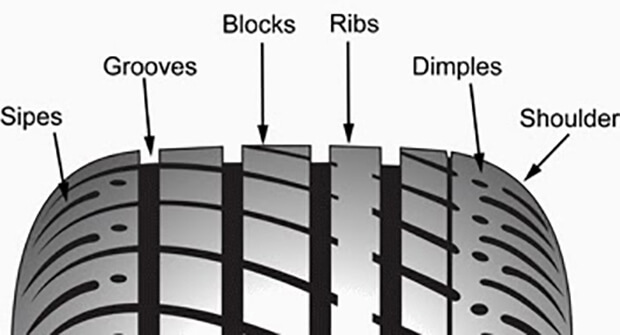 Increasing the frequency at which tyres are replaced would account for unnecessary purchases. It would result in 128 million additional tyres being used a year in Europe which would cause nine million tons of additional CO2 emissions every year. Again, the rationale does not make sense.  Ernst & Young estimates an extra 6 billion euros in Europe alone would be wasted.

As long as tyres are not damaged in any way, the safety on dry roads actually improves as their tyres get worn. As seen on race circuits around the world, in dry conditions the ‘slick’ is the tyre of choice; and similarly for the ordinary motorist, levels of grip in dry conditions increase as the tyre tread depth reduces. A worn tyre will stop a vehicle more quickly in the dry than the same tyre when new.

In very specific test conditions on the test track at Ladoux shows that braking with tyre with less tread has a definite improvement, a shorter stopping distance on worn tyres in the dry.

Another surprising improvement in performance of a worn tyre over a new one is fuel consumption. As tyre tread depth reduces, the fuel economy of the vehicle will improve. What this means is that, keeping a tyre on your car until the legal tread wear limit will actually increase the time when it is in its most fuel efficient state and at the same time reducing your fuel bill.

Michelin tests at Ladoux have shown that on wet roads, some worn tyres can perform as well as some new tyres, and that although the remaining tread depth is a factor in wet braking, the performance of the tyre, at all stages of its life, is more important.

Tyre performance is affected by many factors; casing design, materials, rubber compounds, tread design, shape of grooves and sipes etc. and these all affect how the tyre performs throughout the tyre’s life – right down to the legal tread wear limit. All tyres do not perform the same when new – and the differences in performance are more accentuated when that tyre is worn, according to their design.

Michelin workshops at Ladoux have shown that a premium tyre, worn to the tread wear limit can perform as well as a brand new lower performing tyre. 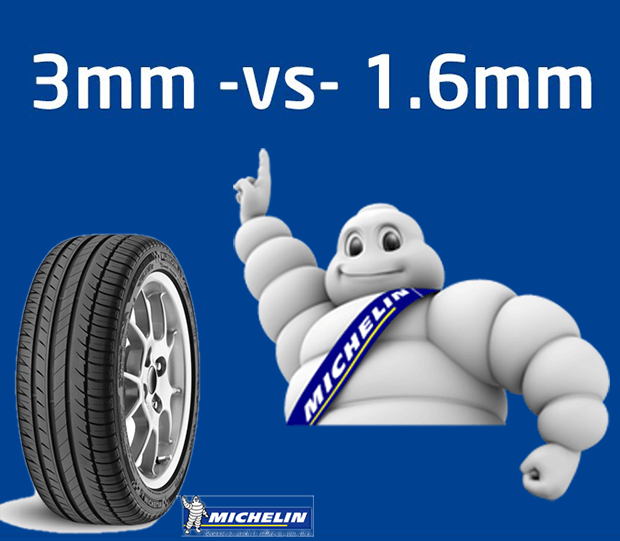 Previous Article: Car Check
Next Article: Why you shouldn't trust a car history check from a used car website that is advertising the vehicle for sale