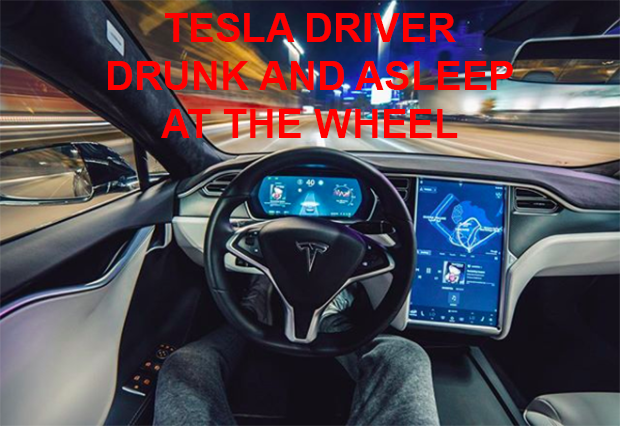 Over in the United States, it took the police officers in two police patrol cars seven minutes to outsmart Tesla's Autopilot system.

Maybe in the future people will be able to sleep at the wheel but right now, no matter how advanced an autopilot system may be, this is simply not possible with great safety at this present time.

California Highway Patrol officers spotted the Tesla Model S driving south on Highway 101 with what looked like a guy asleep behind the wheel.

When the cops got closer to the vehicle they discovered that 45-year-old Alexander Samek, a Los Altos planning commissioner, was indeed asleep and unresponsive behind the wheel of the semi-autonomous car drunk.

Tesla's Autopilot may be an advanced autonomous driving system but it is not yet fully-autonomous and requires an alert driver behind the wheel at all times. 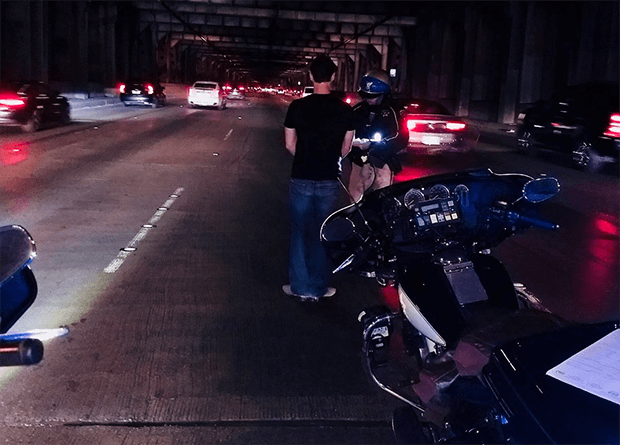 Samek had decided in his drunken state to entrust his drive home to the Tesla Autopilot system and obviously dozed off behind the wheel.

So how do you go about stopping an autonomous car with a sleeping drunk driver behind the wheel?. First, the officers slowed traffic down behind the vehicle to create a gap, then one patrol vehicle drove in front of the car while the other drove behind and slowly lowered their speed.

In the end, it took the two patrol cars about 7 minutes to bring the Tesla Model S to a standstill in the middle of the highway thinking it was stuck in a traffic jam.

The drunk driver was then woken up with some loud knocks on the driver's side window. He was asked to carry out a field sobriety test and then promptly arrested. If this is Samek's first DUI then he faces up to six months in jail, fines and penalties of up to $1,000, and a potential six-month license suspension. However, he may also face additional charges because he was asleep at the wheel which may count as reckless driving. 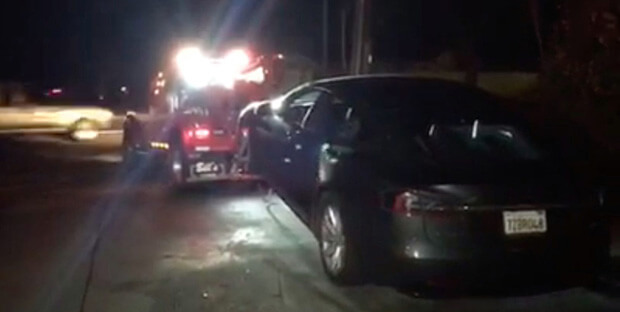 Previous Article: Madrid Bans Most Polluting Cars
Next Article: Why you shouldn't trust a car history check from a used car website that is advertising the vehicle for sale