Vehicle recalls may arise when a particular aspect of the vehicle is found to be or will become dangerously faulty during use of the vehicle. If this situation arises, the manufacturer of the car will arrange for the defective vehicles to be brought to a local dealership for the correct repairs to be carried out. The cost of the adjustment will be borne by the manufacturer. Here are just some of the biggest manufacturer recalls that have taken place 2015/2016. 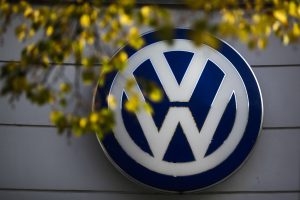 Volkswagen began its recall of vehicles in 2015 after the car emission scandal that took place. The recalled cars software, known as defeat devices, would intentionally skew the car's emissions to a cleaner mode when undergoing official testing. But on the road, the vehicles can produce nitrogen oxide at up to 40 times the legal standard.

The manufacturer did confirm that 11 million of their diesel cars had been equipped with the defeat devices worldwide. Volkswagen was estimated to recall over 100,000 vehicles across Ireland over this problem which feature the diesel engine at the centre of the controversy.

In a statement, Volkswagen said

“In Europe Volkswagen is exercising its right as a manufacturer to remedy defects. Volkswagen customers will not incur any costs as a result of these technical measures. Furthermore, as part of the recall process all customers will be offered appropriate replacement mobility options free of charge”.

In the latest round of Honda recalls, in February 2016, an estimated 5,300 Irish cars were recalled over potential airbag faults. The fault in these cars involves the Takata Corp airbag inflators which can potentially explode and blow apart a metal canister and cause fragments to be thrown into the vehicle.

The Honda models to be recalled include the legend, Insight, FRV, Jazz and civic four door. Their production dates would range between 2005 and 2014. Worldwide, 5.7 million vehicles were recalled and there has been 11 deaths and 139 injuries recorded from this dangerous situation. Honda was affected badly with close to 20 millions vehicles being recalled worldwide because of an issue with the airbags situated in the car.

Toyota recalled tens of thousands of cars in Ireland in mid-2015 due to potentially dangerous airbags. The Toyota models involves 24,000 Corolla, Yaris and Avensis Verso models between the years of April 2004 and November 2007. Also involved are 3,000 Rav4 and Hi-Lux models that were built between July 2003 and November 2005.

In the beginning of 2016 Toyota began recalling over 4,500 Rav 4 vehicles across Ireland due to defective rear seatbelts. The Toyota recall, involving 2.87m vehicles, involves Toyota’s vehicle made between July 2005 and August 2014 and between October 2005 and January of this year. “There is a possibility that, in the event of a very severe frontal crash, the lap seatbelt belt webbing could contact a portion of the metal seat cushion frame and come off,” stated a Toyota email. “If this occurs, the seat belt may not properly restrain the occupant, which could increase the risk of injury.”

In June 2016, Toyota recalled over 3 million vehicles across the world over problems with airbags in the car and controls on faulty fuel emissions. Toyota announced that a small crack in some inflators for the car's airbag on the driver and passenger side of the vehicle may expand which could cause the airbags to partially expand.

May 2016 Opel recalled approximately 8,200 vehicles across Ireland. This recall was due to a fire risk fear in their Zafira B models sold between 2005 and 2014. There may be an issue with the vehicle's blower motor resistor and thermal fuse and the company said "Improper repairs, can lead to overheating of the system’s electrical components and the potential for a fire,"

Early 2016 Volvo recalled 59,000 of their vehicles worldwide due to faulty software in the cars. The fault briefly shuts the engine and the electrics of the car while driving on the road but starts everything up again straight away. The recall of these Volvos affects five diesel models from the 60 and 70 series from 2015, the S60, V60, XC60, V70 and XC70. Volvo is recalling cars in 40 markets but It was not announced how many Irish vehicles would be affected. Half of the 59,000 affected models were sold in Sweden and many of the rest sold in Britain and Germany.

The manufacturer of your car or your local dealership should be able to inform you if your vehicle has any recall-related defects. A MyVehicle.ie history check also highlights vehicle makes, models and versions that are listed as being recalled by the manufacturer. If you want to find out more information on manufacturer recalls, read our blog post here. For further info read about recalls here on the RSA website

Previous Article: Declaring a vehicle off the road
Next Article: Damaged and Crashed Car Report for the Month of May