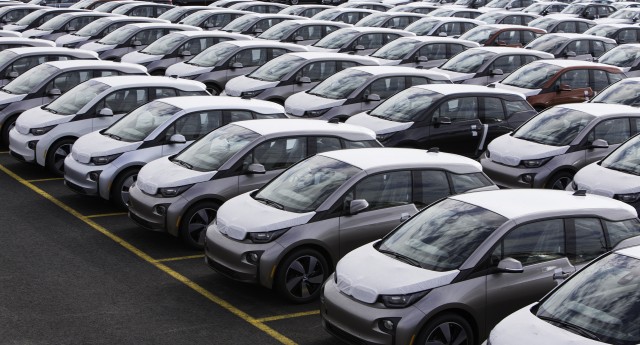 A new measure which came into force after the budget  has escaped widespread attention.

The new and cost-saving measure could mean that sole traders would save around €12,000 on income tax if they buy an electric vehicle (EV).

The Accelerated Capital Allowances deal means that self employed sole traders who buy an EV can front-load the depreciation on the vehicle for the first year and save almost €12,000 on their tax bill. James McCarthy,  Nissan chief executive said:

"When people finally wake up to this, there will be a flood of sole traders looking to get into an electric vehicle. It's a direct deduction from your tax bill."

Another major benefit of an electric vehicle is zero Benefit-in-Kind (BIK) for those who drive an EV company car. With incentives such as these, EV sales are expected to double in Ireland next year. This won’t be hard considering that it will be from such a small base.

The accumulative total of electric cars sold this year in Ireland is 3,200 and is forecast to increase to 14,000 by 2020. One difficulty which could impinge on these figures is supply of product as demand is picking up quickly across Europe.

There is though some concern among analysts that there is at this time in Ireland a lack of a centralised structure to manage and develop the whole EV system and in particular the charging network.

Mr McCarthy has also criticised local authorities for clamping cars while they are being charged, especially in Dublin city centre.

"We need a local authority 'buy-in' and joined-up thinking for investment in the infrastructure,"

At the moment the Departments of Transport, Finance and Environment are involved in some way or another with the development of the EV infrastructure in Ireland.

Despite taxpayers having the chance to avail of huge tax concessions such as BIK and Accelerated Capital Allowances for EVs, on the other hand, there has been no real progress on EV infrastructure in this country, not to mention how much people should pay for charging their vehicles at public points.

A few year back, Norway and Ireland started out on much the same EV footing but now Norway now has over 150,000 electric vehicles on its roads. We have 3,200.

There is absolutely no way to avoid the inevitable fact that electric or even hydrogen-powered vehicles or other propulsion methods are the future. The combustible engine, powered by petrol and diesel fuels are rapidly going to fade away.

Electric looks like it is the way of the future and Nissan alone has spent €7bn developing its electric drive train. Volkswagen is talking €84bn over a number of years. All other major marques are investing heavily in EV technologies as well. Mr McCarthy suggested that with that level of investment it can only mean that electric vehicles are the future.

"Even if something else comes along they can't divert from EV because they've committed so much to it that EV will become the dominant drive-train,"

He forecast that by 2021 new-diesel cars will decline to 25 per cent of all sales, with petrol on 55 per cent and electric vehicles and others accounting for 20 per cent of purchases.

Previous Article: WATCH: Tipperary farmer displays his Christmas tractor display
Next Article: Why you shouldn't trust a car history check from a used car website that is advertising the vehicle for sale