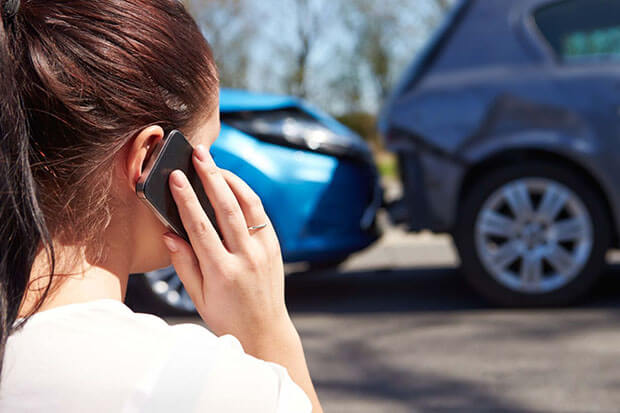 Staged car accidents have been a tactic by fraudsters for a long time but they continue to perpetuate these crimes on an increasingly regular basis.

‘Let's crash our cars into each other’ is the order of the day.  The head of Axa’s special investigation unit says fraudsters are orchestrating fake accidents and are crashing into each other.

The scenario goes like this. A number of people get together, often with two inexpensive cars ready for damage and crash them into each other before everyone involved in the scam claims injury. A number of rings are actively engaging in this type of fraud in Dublin, Cork, Galway and Donegal.

According to Frances McDonnell, the head of Axa Insurance special investigation unit (SIU), one of the most costly types of frauds for insurance companies are staged accidents.

“There might be minimal damage to a car and yet everyone is getting out – or not getting out – insisting that the roof was cut off the car and they all have these soft tissue injuries, usually whiplash,”
“A number of people get together, often with two not very expensive cars, and crash them into each other before all claiming injury. There are a number of rings engaged in this type of thing in Cork, Donegal, Dublin, and Galway.”

The team leader with Axa’s Special Investigations Unit, Dan Garner, said the profile of fraudsters tends to vary from “organised criminals to groups of friends who hear about it on the internet”, with serial offenders “tend to be quite intelligent”.

Mr Garner also explained that there is a subcategory of staged accidents which are called  “induced claims”, where a vehicle stops deliberately jams on the brakes in front of an innocent motorist travelling behind in the hope that they will be hit from behind.

“We’ve seen a slight evolution of that in the last few years where a vehicle will indicate to a vehicle that they can pull out of a side road,”
“When the innocent driver then pulls out, the fraudster will willingly drive into it. Obviously, they will then subsequently deny having given that indication. Staged accidents involve more claimants and are therefore the bigger yield for the fraudster.”

Previous Article: How do speed vans work?
Next Article: Are you entitled to a Motor Tax refund?