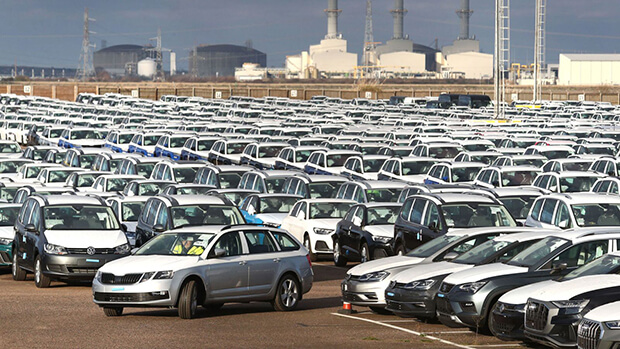 The sale of new cars in the UK plummeted in 2019 and were the lowest since 2013. The latest industry figures are also showing that while there was modest growth in demand for petrol cars. During the same, diesels were down by 22 per cent.

The numbers were blamed on a very bearish car market, most likely due to Brexit concerns. This has definitely had an effect as consumer confidence is extremely low, most likely due to not only the political instability but also the reluctance to buy diesel.

Figures from the Society of Motor Manufacturers and Traders (SMMT) showed that 2.31 million vehicles were registered in 2019, down 2.4% from 2018.

This was the third year in a row there was a decline since the peak in 2016 with 2.69 million new vehicles sold. Mike Hawes, the Chief Executive of the SMMT said: "Undoubtedly consumer confidence on big-ticket items is still very weak."

Over the year, there was a modest increase of 2.2% for new petrol cars but this was not enough to offset the 21.8% slump in diesel registrations.

There has been a definite decline in the sale of diesel cars in the UK since the 2015 scandal over Volkswagen cheating on diesel vehicle emissions tests. This was not seen here in Ireland in the same period as a huge level of cars sold here are still diesel.

The UK is also seeing consumer confusion over planned restrictions on older diesel vehicles going into city centres. The governments' plans may very well have backfired because it resulted in drivers keeping their older, more polluting vehicles on the road for longer.

Despite the decline in new diesel car sales, there was a big increase in demand for so-called "alternatively-fuelled vehicles" such as hybrid-electric and battery electric cars which accounted for 7.4% of the market in 2019. The SMMT went onto say that more is needed to boost demand in order for the UK government to meet targets.