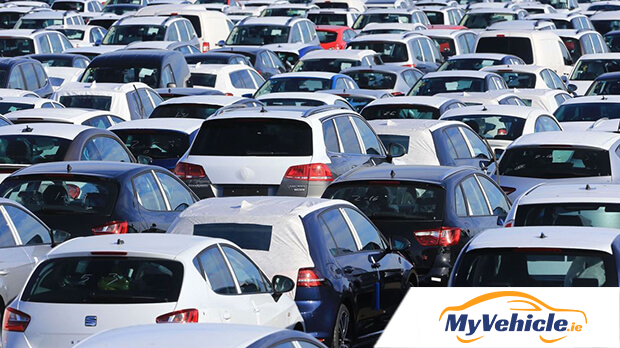 There has been a huge downturn in new car sales in the UK and they have seen the biggest fall in sales since the global downturn in 2008.

There are many variables responsible for the drop including plummeting diesel sales, new emissions rules, and also the uncertainty surrounding Brexit. Because of these things, consumer confidence is at a low.

According to industry figures from the Society of Motor Manufacturers and Traders (SMMT), new car sales dropped by almost 7% in 2018 in the biggest annual drop since 2008. Figures showed that  2.37 million new cars were sold in 2018, down more than 174,000 on the previous year.

The exact drop was 6.8% and this is the second year there has been such a decline in the UK. It is comparable to the drop in demand by 11.3% during the financial crisis a decade ago.

The head of the SMMT Mike Hawes described the challenges facing the industry as a "perfect storm" and the trade body is forecasting a further 2% decline in 2019.

"A second year of substantial decline is a major concern, as falling consumer confidence, confusing fiscal and policy messages and shortages due to regulatory changes have combined to create a highly turbulent market.

"The industry is facing ever tougher environmental targets against a backdrop of political and economic uncertainty that is weakening demand so these figures should act as a wake-up call for policymakers."

A huge factor in the drop in 2018 was 29.6% drop in diesel sales and all the "lingering sense of uncertainty" over how diesel cars will be taxed and treated after the Volkswagen emissions cheating scandal in 2015.

In contrast to diesel sales, petrol car sales actually went up by 8.7%. This is to be expected if there is a drop in diesel sales. When it came to alternate energy source vehicles plug-in hybrids and electric cars were up by 20.9%.

Sales were not helped by the implementation of a new EU emissions testing procedures which came into force in September. Mr Hawes of the SMMT went on to say that it would be unfair to attribute too much significance to concerns over Brexit.

A lot of it could simply be down to a lack of consumer confidence on a variety of issues. Consumers' may simply be losing their appetite for a "big ticket purchase".

Previous Article: BMW sold 2.49 million vehicles in 2018
Next Article: Why you shouldn't trust a car history check from a used car website that is advertising the vehicle for sale