What will driverless cars mean for Ireland's road safety? 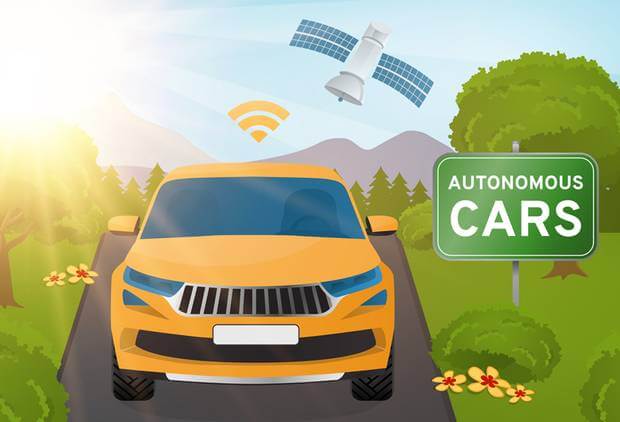 Driverless cars are the future and in just a few short years will be part of everyday life here in Ireland. What though will the impact be on society in general and how will driverless autonomous vehicles impact us?

Earlier this month experts from around the world gathered in Dublin to speak about the future of self-driving vehicles or connected and autonomous vehicles (CAVs). The international conference was organised by the Road Safety Authority RSA at Dublin Castle.

The conference spoke of the positive aspects of CAVs such as eliminating human error on roads which are the cause of fatal crashes, but it also heard about concerns around how autonomous vehicles could be used for terrorist attacks.

Doctor Charles Johnson, who is the technical director of Competence Assurance Solutions Ltd (CAS) spoke to the media about how people who have no interest in driving these cars could still be affected by them.

“What you’re going to have is a situation where roads are going to be shared by driverless cars and normal cars. That potentially causes all sorts of problems.”

“One of the things that has come up is that autonomous cars don’t behave in the way human drivers drive.”

He said that when you look at the recent American data “the most common cause of collisions is human drivers failing to anticipate what an automated car is going to do”.

“In a situation where you’ve got maybe 50% driving autonomous cars and 50% driving normal cars, that could potentially be a recipe for disaster so that’s why the issue arises about whether you need to seperate them.”

He went on to say that it’s “quite possible” that people could have to show they can drive with automated cars in their driving test.

“You might have to introduce things about knowing how autonomous cars will drive into the theory test or it might be a requirement that you drive on roads where there is a high proportion of driverless cars so you can show how you can manage it.”

Johnson also pointed out that the quality of the experience of using driverless cars will be reliant on where you are and what information the vehicle can access.

He said that Sat Nav driving in rural Ireland is already “all over the place” and driving CAVs in areas with bad signal will be challenging.

“What’s going to happen under those circumstances is that you’re constantly switching back and forth between autonomous mode and normal driving mode.” 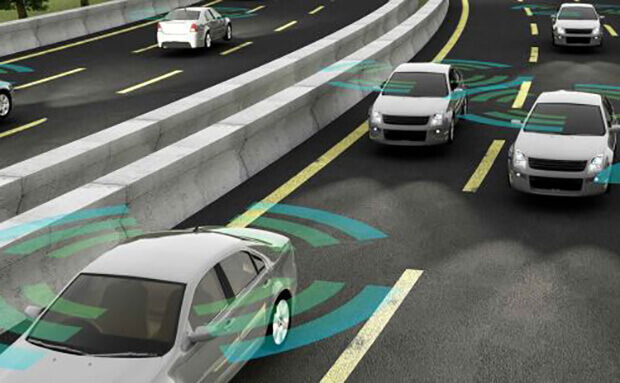 Dr Johnson also spoke about the dangers around connected and autonomous vehicle’s regarding terrorism and reminded people that vehicles are already being used as weapons. When he was asked if autonomous vehicles would make the situation more dangerous he said: “My short answer to that is yes.

“If you think about what terrorists do when they’re using vehicles as weapons, is that they have to go, they tend to hire vans so you’re known as an individual, that usually means that you can only do it once.

“But what we’re saying here is if you know how to hack into a system, you can hack into it, make a vehicle do something and you can be nowhere in sight when it happens, which makes it easier to be a repeat offender.

“They could be doing harm to people in all sorts of ways … and the other thing is it’s not just one vehicle, you could do this to multiple vehicles at the same time.

“Just imagine, I might download over the internet into the car system an instruction to hugely break the speed limit the next time that car drives and I could do it for thousands of cars at once.

“You have to be very careful about the cyber security.”

The conference also focused on what needs to be done to maximise the opportunities offered by the new technology.

Doctor John McCarthy has over 20 years experience specialising in areas such as connected and autonomous vehicles (CAVs) and he believes Ireland can be at the fore of the technology needed for these cars.

The leader of intelligent mobility at engineering consultant firm Arup said there is the potential for Ireland to create 100,000 jobs in this industry in the next 12 – 17 years.

He said the jobs would be in a number of areas such as data analytics, artificial intelligence, cloud computing, data centres, risk management and cybersecurity. He said the foundation for the skills needed is already in Ireland.

“For this market we just need to switch it slightly but the foundation of skills is already there.

The challenge, he said would be gathering them all up together and saying ‘focus on this industry’.

“If we don’t do it other countries will do it so that’s why Israel, the Netherlands, the UK, New Zealand, Australis the US are investing massively to be at the forefront of why companies would go there.

It’s a mobile phone moment if you look at what they did in Scandinavia, they said they were going to be the world leaders, you had Nokia, you had Ericson establishing themselves at the forefront, we can do the same.

“It’s whether we’re willing to do it … it has to be now. If we don’t do it now we lose an opportunity and then it’s gone.”

Previous Article: Japan Easing Aging Drivers Out of Their Cars
Next Article: Why you shouldn't trust a car history check from a used car website that is advertising the vehicle for sale