Up to 70% of new cars bought on 'unregulated' PCP's 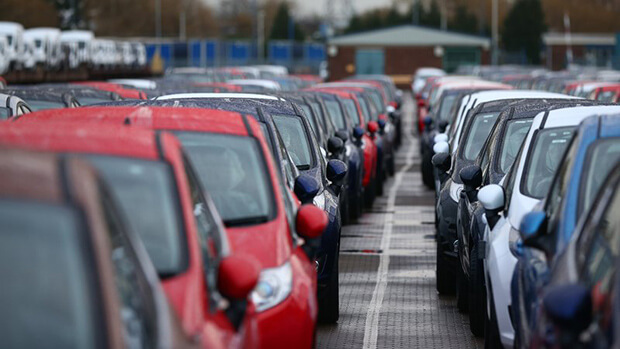 Up to 70% of new cars bought on 'unregulated' PCP's


The Dáil has heard that almost three-quarters of new cars in Ireland have been purchased on ‘unregulated’ PCP’s (Personal Contract Plans).

Fianna Fáil TD Thomas Byrne has informed the Dáil that as many as 70% of new car sales are being bought under PCP agreements.

Mr Byrne raised the issue of PCP deals during Leaders' Questions in the Dáil Chamber.

He went on to say that car loan providers sell the cars in such a way that customers pay monthly and then make a large final payment when ownership passes to them.

PCP contracts usually last three years but can be up to five years and a lot of them are coming to the end of their term at the moment.

PCPs are completely unregulated in Ireland and as such, there is a real fear that many people will not be able to pay the "bubble" or balloon payment at the end of their contract?

The Tánaiste said this is an area the public needs to be alerted to and be made aware of as these financial products are made affordable for people but if they are not aware of the consequences and cannot afford the car then this will be a huge issue of concern.

Ms Fitzgerald said that if the products are not reaching the appropriate criteria and standards, then it may be a matter for the Financial Ombudsman.

The Tánaiste said that she would ask the Minister for Finance to contact Mr Byrne about it.

Mr Byrne rejected the Tánaiste's answer and said that there is no regulation.

"It is a wild west out there with the Government sitting back and doing nothing," he claimed.

Previous Article: Electric vehicles will cost the same as conventional cars by next year!
Next Article: Ireland could have free public transport by 2030