Going Shopping for a New Car?

Ireland's Motor Industry On The Rise 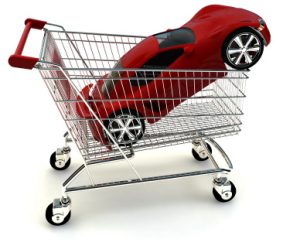 It was predicted last year by SIMI, The Society of the Irish Motor Industry that the Irish motor sector would rise by 20% in new car sales in 2016 and it certainly seems that is the case for some dealerships at least. It was reported over the weekend that one of Ireland's largest car dealerships, which is based in Cork, increased last year by 28.5% to €4.68m.

According to the directors’ report: “The continued improvement in the economic environment has led to a significant increase in activity across all parts of the group and this is reflected in a substantially higher turnover and profit before tax.”

Granted, according to the Directors Report, their sales did exceed the national average but as the saying goes, 'all boats rise on the tide', so it continues to be a positive trend for the motor industry across Ireland.
Overall in the EU, Sales have improved since the financial downturn, but the E.U. auto industry is basically being held hostage by local economies within the union, which are teetering on the edge of another recession.
Looking at the broader scale, in 2015, new car registrations in the E.U. rose 9.3 percent year-on-year, to 12.6 million units. But this is still way below the record year of 2007, when more than 18 million vehicles were sold in the region. Coupled with this, automakers in some European Union States, such as France, Greece, Spain, Italy, and Portugal are struggling to grow their economies. 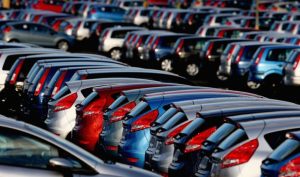 The E.U. auto industry needs to try and figure out new ways to better match their production capacity to the market demand, while at the same juncture, investing in potentially new and stronger product sectors i.e. small SUV's and crossovers, as well as new automobile technologies.
A recent review of the Irish Motor Industry shows that the sector has performed quite strongly in the first half of 2016, which is great news for the Industry. In this period, total new car registrations reached 101,335, which is 23.1% higher than the first half of 2015. Great news, although, there has been a certain amount of deceleration in the market as the year has progressed so far.

In September, just gone, the decrease amounted to 1.4% or 4,698 registrations compared to September 2015's figure of 4,766. Despite the slight deceleration in sales in the third quarter, it is looking quite positive for new car sales going forward.
Coupled with these positives, the cost of motoring has decreased on average with the price of a new car coming in at 3% lower than a year earlier. Since 2008, in fact, the average price of a new car has decreased by 25%. The price of petrol and diesel has also decreased by 8.4% and 12.4% respectively.
However, in contrast to the fairly healthy state of the Irish Motor Industry, the cost of motor insurance is worryingly increasing to an alarmingly high level for the average road user, a subject that MyVehicle.ie will be looking at in detail in future articles. With a 71.3% rise in insurance since the middle 2013.
Overall, though, despite some deceleration as the year has progressed, the economic outlook is still positive with total car sales forecast to reach 152,000 by the end of the year.
Looking at the steady upwards trend overall, 2017 promises to be a another great year for car sales in Ireland. The team here at MyVehicle.ie hope that you will be one of those individuals who contribute to this continued rise in new car sales. 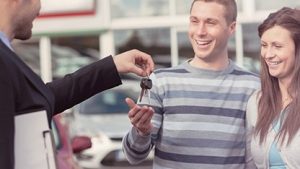 
Previous Article: MARKET OVERVIEW FOR SEPTEMBER 2016
Next Article: Most popular cars in November 2020