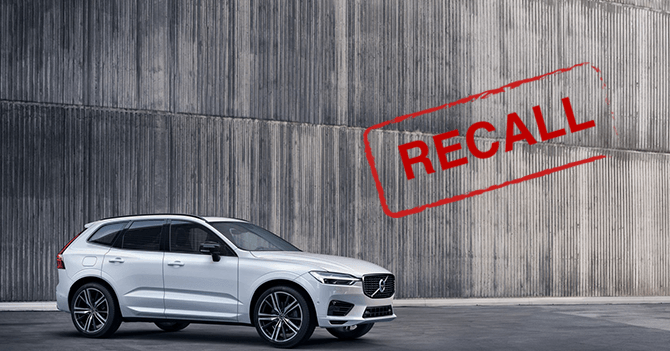 Nearly 8,000 Volvo cars sold in Ireland have been recalled over safety fears

The Swedish car company issued a recall on 8 of its models earlier this month, in relation to the effectiveness of seat belts.

"A safety issue has been identified whereby, potential breakage/fatigue of a flexible steel cable supporting the front seatbelt anchor point, which is mounted on the outboard side of the front seats inside a protective rubber sleeve, could occur during ingress under certain circumstances (dependant on how the driver enters and exits the car).

The CCPC said that Volvo Car Ireland Limited will write directly to all affected customers in Ireland stating:

"The letter will advise affected vehicle owners to contact their nearest Volvo dealer or authorised repairer where the vehicles will be inspected and repaired in line with the recall."

A Volvo spokesman has said that almost 2.1million cars are affected globally but they have not had any reports of accidents linked to the safety issue.

"Volvo Cars has not received any reports of accidents or injuries connected to this issue – this is a preventive recall to avoid any possible issues in the future.

"The issue is related to a steel cable connected to the front seat belts. The cable may, under certain rare circumstances and user behaviours, over time suffer from fatigue. This could eventually cause damages to the cable, resulting in reduced seat belt restraint function.

"Owners of concerned cars will be contacted by letter, asking them to contact their Volvo retailer to have their cars corrected free of charge.

"All concerned cars will be updated with a new component replacing the existing steel wire. This is a robust solution, eliminating the risk for the issue to occur in the future."

If you are concerned that your vehicle may have been impacted by this recall you can  contact Volvo Car Ireland Limited directly on 01-4631220.