Diesel emissions could be a slow killer

Effects of Diesel on Human health

As we are all aware and have seen the surge in, not only electric vehicles but also the move towards more eco-friendly cars in the last 5 years. This trend is only increasing but it is important that we do not lose sight of the reasons it has become so important.

The overall aim is to find an alternative source to fossil fuels as these are damaging to our environment. Especially today it is paramount that this changes due to our current climate crisis.

On top of this, not only is it destroying our environment but the fuels that we use to power our cars are also having a detrimental effect on human health. Which is something that has been overlooked, especially in relation to diesel-fuelled vehicles?

In towns and cities, it has been found that of the high amount of motor air pollutants that are produced, are, in a large amount, due to diesel emissions. Studies have shown a significant association between different levels of air pollution and various health outcomes including:

This is a growing international concern regarding the adverse effects of air pollution on human health. With the ever-growing population and the increasing need for more vehicles on the road, this is an issue of concern that needs to be addressed.

The United Nations Environment Programme has identified particulate matter pollution as the most serious air pollution problem faced by many cities.

Air pollution is now the 4th highest-ranking risk for premature death globally (2013) and the world’s largest environmental health risk. Diesel exhaust is a significant contributor to this risk.

In 2012, the World Health Organization classified diesel exhaust as a Class 1 carcinogen known to cause cancer on par with tobacco smoke and asbestos.

The air pollutants that are of most concern to us across the EU include Nitrogen dioxide (NO2), particulate matter (PM), ozone and polycyclic aromatic hydrocarbons (PAH’s). Diesel emissions play a role in the addition of these pollutants to the atmosphere.

World Health Organisation (WHO) estimates show that more than 400,000 premature deaths are attributable to poor air quality in Europe annually. While in Ireland the annual premature death rate due to air pollution is 1,150, with the main reason being cardiovascular disease (CVD) .

In particular motor vehicle generated pollutants - diesel exhaust particles (DEPs) account for a significant amount of the particles emitted in many towns and cities. Complete combustion should normally produce water and CO2 but the use of diesel in motor vehicles results in incomplete combustion and the formation of various gases, liquids and solid particles.

Studies show that along with this increased air pollution there has been a rise in the incidence of allergic reactions including asthma and rhinitis.

Diesel exhaust particles can be shown to act as adjuvants to an allergen and hence increase the sensitization response. It has also been suggested that overall lung deposition is increased in patients with obstructed airways, for example, those who already suffer from asthma or another airway disorder. 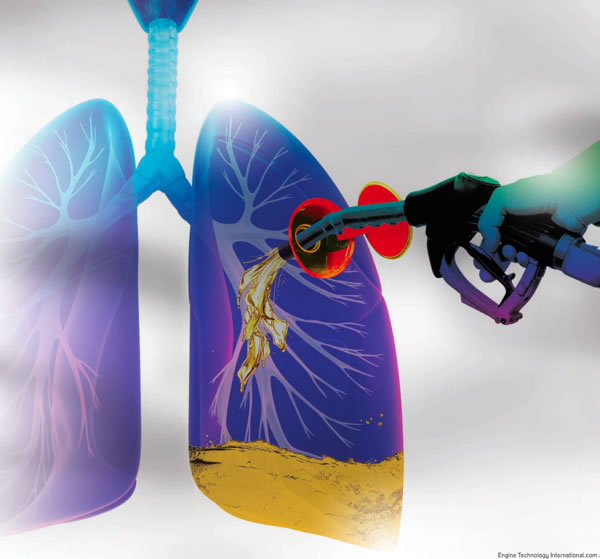 The effects of particulate matter pollution can have a profound effect on one's health. Acute effects of diesel exhaust exposure include irritation of the nose and eyes, lung function changes, respiratory changes, headache, fatigue and nausea. Chronic exposures are associated with cough, sputum production and lung function decrements.

The Climate and Clean Air Coalition (CCAC) which is under the united nations (UN) is a global coalition that promotes accelerated actions to reduce short-lived climate pollutants which will lead to significant air quality benefits and help slow the rate of near-term climate warming. It is their ongoing mission to see a reduction in sulfur levels in fuels and improve vehicle emission standards.

There have been extensive studies carried out on the health effects of Diesel exhaust fumes and it is evident these particles produced can cause both acute and chronic health effects. It is for this reason that companies like Toyota have vowed to stop the production of diesel vehicles.

As well as this London mayor, Sadiq Khan has suggested a diesel charge upon entering the city and Ireland has a is a 1% diesel VRT surcharge. These are all steps in the right direction to eradicating the use of diesel-fuelled vehicles in the aim to reduce air pollutants and create a healthy environment. However, there is still a long way to go before this achieved. 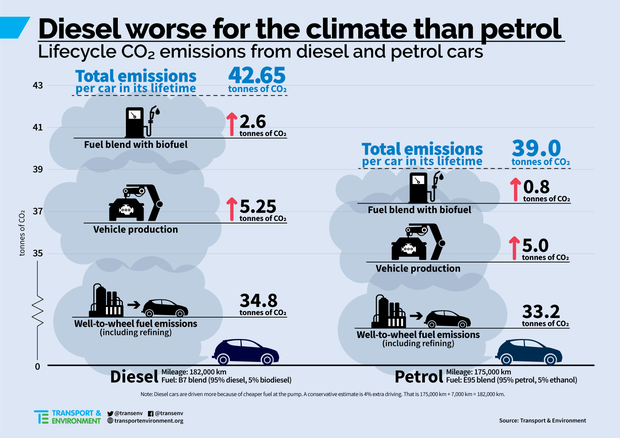 Previous Article: ﻿Iconic British sports car manufacturer value plummets
Next Article: Why you shouldn't trust a car history check from a used car website that is advertising the vehicle for sale