Hydrogen fuel for cars may be the future 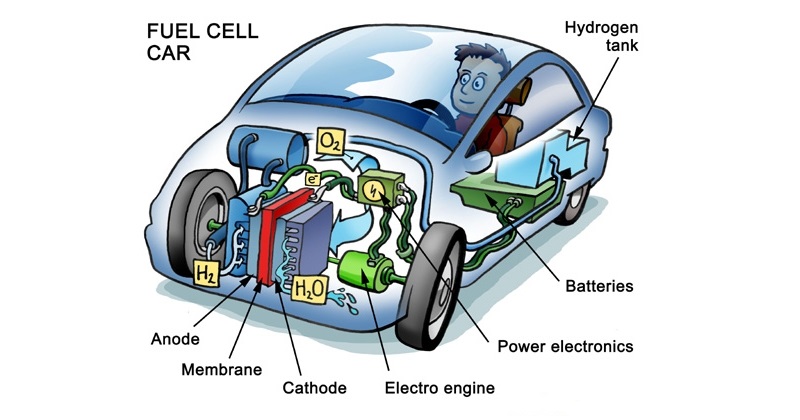 When it comes to driving and its fuel source there is no easy option, regardless of whether the source is petroleum, biofuels, electrons in a battery, or hydrogen fuel cell cars. If you wish to purchase the ‘best’ type of fuel-powered car, you will be faced with many different options nowadays. This decision will come down to a matter of trade-offs. Hydrogen is of particular interest at the moment. As well as being the most abundant element on the planet its properties can be taken advantage of and used as a fuel source. Here are some of the pros and cons of this fuel source.

Long driving range - A full tank of hydrogen can travel nearly 300 miles. This range matches most petrol-powered vehicles and surpasses electrically charged vehicles. It carried its fuel in a gaseous form in a high-pressure tank and then put through a fuel cell, which means there is nothing burned and is better for the environment. From this added efficiency about 1 kg is twice the driving range as approx 4 litres of petrol (even though it contains the same amount of energy as the litres).

Quick refuelling- Full driving range can be refuelled within 5 mins. The process is very similar to putting petrol in, although the line must be sealed as it is under high pressure. This is a distinct advantage to battery cars as these can take as long as 30 mins to fully recharge.

Emissions are water vapour (environmentally friendly) - we should try and understand how the process of producing this fuel works. Hydrogen gas stored in a tank travels through the fuel cell’s channel (or plates) until it hits a membrane covered with a platinum catalyst. It then splits apart into protons and electrons. The protons pass through, but due to the properties of the catalyst, the electrons can’t advance from the hydrogen side (the anode) to another plate on the other side containing oxygen (the cathode). So an electrical path is provided for them, handily routing them as the electrical current to a motor. Meanwhile, on the cathode side, protons and electrons are reunited and, together with the oxygen, forming water. That’s what comes out of the tailpipe, and nothing else.

Can be made from renewable sources - It is not a fuel itself but it acts as an energy carrier and has to be extracted from something else. The most common method is steam methane reforming from natural gas, obviously a non-renewable fossil fuel. But hydrogen can also be produced through electrolysis which is the process of passing an electric current through water to separate water (H2O) into oxygen (O2) and hydrogen gas (H2). This can be obtained from solar energy which is indeed a form of renewable energy. Some other possible resources for this renewable energy are biological water splitting (using sunlight and microorganisms); pyrolysis or gasification of biomass resources; and solar thermal water splitting.

This space-age technology is expensive. Acceptable range requires extremely-high-pressure, on-board hydrogen storage. Few places to refuel. Hydrogen is very expensive to transport and there is no infrastructure in place yet. Currently, hydrogen fuel is made from nonrenewable natural gas previously mentioned above in a process that creates enormous CO2 emissions.

Lack of refuelling stations and limited technology - these stations are few and far between, apart from this they are also extremely expensive costing between 2-3 million. In contrast, homeowners can install electric vehicle sharing stations at their homes.

Storage and temperature - hydrogen is a highly flammable material and upon coming in contact with a heavy object could potentially cause a huge explosion, even in the event of a small collision. As well as this for proper performance, hydrogen-powered cars have some temperature restrictions. At places where the temperature goes below freezing point, there are chances that the water in the fuel cells may freeze.

Uncertainty around whether there is enough advantage for the use of these vehicles.  It’s believed that the entire process of electrolysis, transportation, pumping and fuel cell conversion leaves only about 20 to 25 percent of the original zero-carbon electricity to drive the motor. While a fuel cell system is an efficient powertrain, the bigger energy picture that takes fuel production as well as in-vehicle use, is far from certain. About 95 percent of the hydrogen used today is produced by a process called steam reforming, a process that releases greenhouse gasses. Making a kilogram of hydrogen from water through electrolysis is estimated to require 45 or more kilowatt-hours of electricity, depending on the technology. That’s enough electricity to run an EV for a couple of hundred miles.

High cost -These vehicles appear to be more expensive than electric vehicles when taking into account the formation of hydrogen, transportation and storage. In particular, the use of platinum is required as a catalyst, this is a very expensive element and not as abundant as one would hope, causing a hike in its price.

High cost of fuel - In most cases, the cost of the fuel is included in the price of the vehicle. This is because the systems used to measure and charge for the fuel are not mature, so automakers are making the process easier by providing the fuel at no additional cost. Hydrogen fuel prices have been quite expensive, to begin with,  although this is believed to come down in line with petrol in the next few years. If and when that happens, the efficiency of a fuel cell car will give drivers a cost advantage. But in the meantime, hydrogen is the most expensive automotive fuel on the market.

Limited vehicle choices - there is a very divided view on hydrogen-fuelled vehicles vs. electric vehicles with only four car manufacturers pursuing hydrogen vehicles. These being: Honda, Toyota, Hyundai and Mercedes with the rest of manufacturers waiting to see if there will be the infrastructure available to handle these vehicles on a large scale. Given the infrastructure challenges with hydrogen, we could see a sustained period in which consumers eager to go H2 have only about four to six vehicles to consider.

Not currently a completely renewable energy resource - Although we do have the ability to produce from renewable energy sources, currently we do not have the infrastructure set up to make this a viable option. At the moment the main source of hydrogen is from fossil fuel burning which of course is not as environmentally friendly as other methods. There are still fewer emissions overall since we don’t create a carbon dioxide expense during consumption, but that is the only benefit right now.

From weighing up the list of pros and cons it is evident that there is still a long way to go in the field of hydrogen-fuelled vehicles before they take off in the motor industry. Only time will tell if this fuel source really is the way forward. One thing we can be sure about is that climate change is very real and this is a step in the right direction toward a cleaner environment. 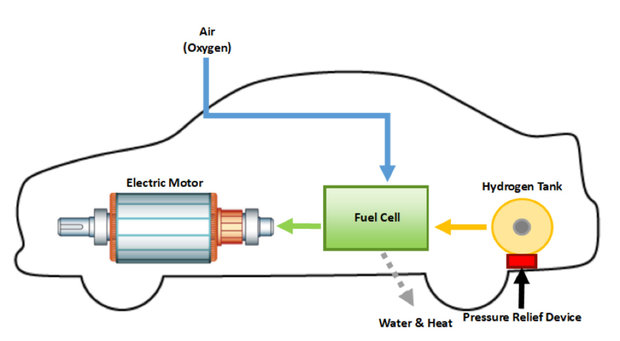 Previous Article: 1,000 more electric chargers in the next 5 years
Next Article: Why you shouldn't trust a car history check from a used car website that is advertising the vehicle for sale