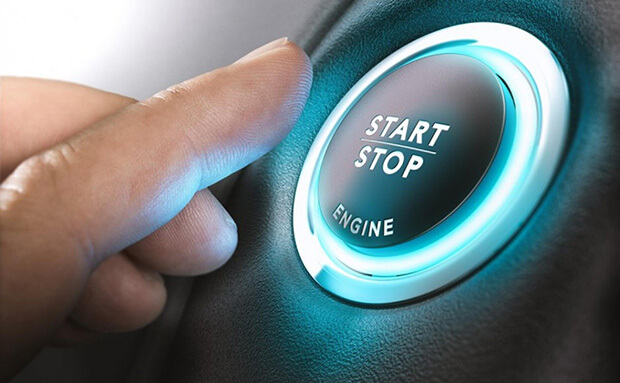 A new report out reveals that most keyless cars are actually easier to steal than had been previously thought.

Keyless ignitions seem to be all the rage nowadays. There is a huge interest in this as turning your car on and off with the push of a button is very appealing.

One good advantage, of course, is that you can get fast access to your car when you feel you need it, such as when you are in a vulnerable situation at night for example, in empty car parks.

The report by Which? In the United States has discovered that keyless cars are actually easier to break into than regular key cars. 237 keyless cars were tested and 230 of these could be opened by using “relay technology.”. Some of the popular cars tested included, the Ford Focus and the Volkswagen Golf.

Relay technology devices wirelessly transmit signals from one location to another. For example, if a car thief wants to steal a keyless car, all they have to do is hold one of these relay boxes outside a car owners front door and clone the signal from the owner's keys inside their home.

The relay box receives the signal given off through doors and walls from the key fob, which may be just inside your hallway. The hijacked signal can then be transmitted to a second relay box near the car. This ‘fools’ the car into thinking the key is nearby, and the doors unlock to give the thief access.

There are some cars that are not susceptible to relay technology according to the report, such as Jaguar Land Rovers. Other keyless entry vehicles like BMW and Mercedes have motion sensors so the car cannot be unlocked if the key fob is motionless. 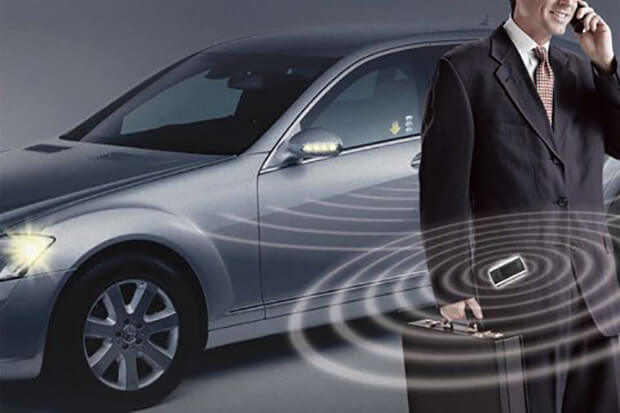 How can you prevent unauthorised keyless entry?

Ford has advised its customers to buy a stronger lock box for their keys to avoid this occurrence. Hyundai said they will “continue to develop and update effective counter-measures against all hacking and relay attacks.”

The idea of keyless technology is not new. The search for the perfect keyless entry has been ongoing since the mid-20th century. Mercedes were the first ones to create the proximity key back in 2003, which could fit into your wallet. A year later, they released the key fob which we are all familiar with today. 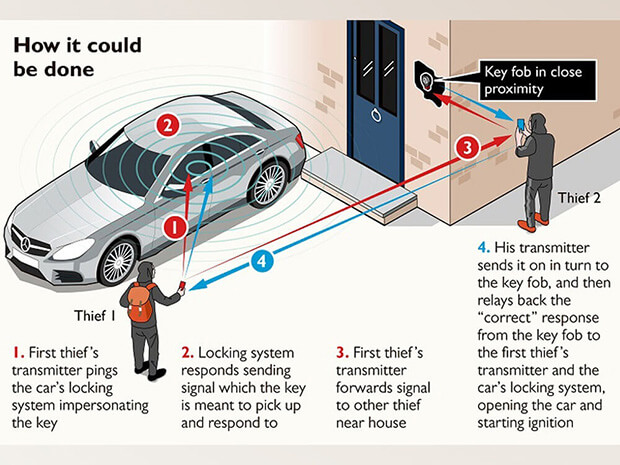 Keyless entry getting better all the time

In 2004, Chevrolet in the US introduced remote start, where the driver could turn their car on from a distance. In 2016, BMW released a key with an LCD touchscreen like a smartphone that allows drivers to lock or unlock the doors from a thousand feet away. The remote device will open the boot, set the temperature and important also information about how much petrol is left in the tank.

Keyless ignition is in high demand amongst consumers and so a report such as this will not likely sway car buyers. Responding to the report, Ford said:

“To do well here, manufacturers should basically not offer keyless technology, which is counter to customer demand and feedback.”

So as long as push-to-start technology is available and popular, it is unlikely that car manufacturers will discontinue keyless entry no matter how vulnerable cars may be. Manufacturers continue to look for solutions to keyless vehicle vulnerability. 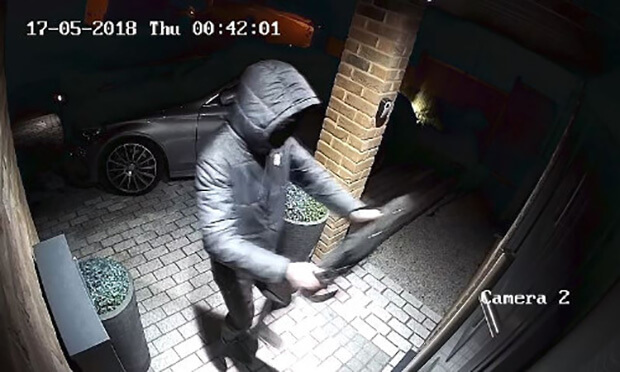 Previous Article: Over 37,000 cars deemed unsafe by NCT last year
Next Article: How to Buy a Used Car