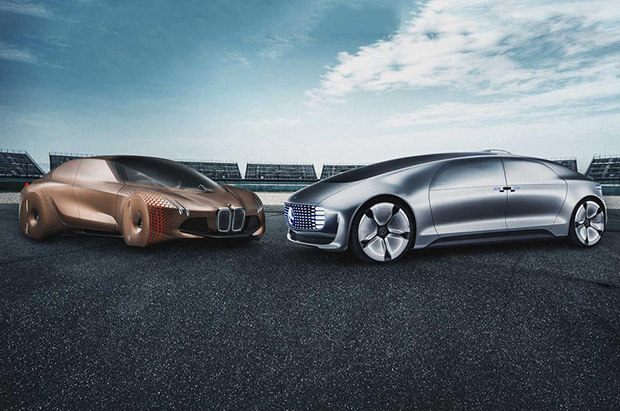 BMW and Mercedes-Benz have blamed bad ‘timing’ for abandoning  their joint plan to develop autonomous cars.

The two German car manufacturers reached an agreement last July to collaborate in the development of self-driving vehicle technology and manufacture of autonomous cars.

They had planned to produce Level-4 human controlled full-autonomy vehicles. These level Level-4 cars are based on the SAE’s categorisation.

SAE (Society of Automotive Engineers) is a global engineering association which has published the accepted “levels of driving automation” table which goes from Level 0 for no autonomy to Level 5 for full autonomy with no human interaction and totally autonomous.

The two companies have come to “a mutual and amicable agreement” and are “putting development co-operation in automated driving temporarily on hold”, saying also that it “may be resumed later”.

The decision to abandon the plan is seen as temporary and they still plan to concentrate on their existing development paths which could see them working with new partners. They hope to resume their collaborative plans at a later date.

Both BMW and Mercedes have a similar approach to matters such as safety and customer benefits in the field of automated driving remains and so they see their partnership as “highly compatible”.

At the moment, both manufacturers are working on separate projects and making significant progress for the next generation of highly-automated and fully-autonomous vehicles. Daimler made a statement saying that:

“after extensive review – both sides concluded that, in view of the expense involved in creating a shared technology platform, as well as current business and economic conditions, the timing is not right for successful implementation of the cooperation”.

A member of the board of management of BMW, Klaus Fröhlich said:

“We have systematically further developed our technology and scalable platform with partners like Intel, Mobileye, FCA and Ansys.

“Our current technology generation offers very strong, sustainable potential: With extremely powerful sensors and computing power, our robust modular system puts us in an excellent position to offer our customers what they need for many years.”

A member of the board of management of Daimler and Mercedes-Benz Markus Schäfer, added:

“Our expertise complements that of the BMW Group very well, as our successful collaborations have proved. Next to decarbonisation, digitalization is a central strategic pillar for Mercedes-Benz.

“To prepare for the future challenges of a rapidly changing environment, we are currently also sounding out other possibilities with partners outside the automotive sector.”

Both companies have promised to continue working in close cooperation together in the future. In 2015, they joined with Audi to acquire the location and technology platform HERE Technologies, which has some international shareholder backing.

In early 2019, the BMW Group, along with Daimler got together on their mobility services in a joint venture under the umbrella of the NOW platform, which offers a range of services including:

Previous Article: 56,000 learners still waiting for driving tests to resume
Next Article: Birmingham to impose £8 daily charge for Petrol and diesel owners from 2021