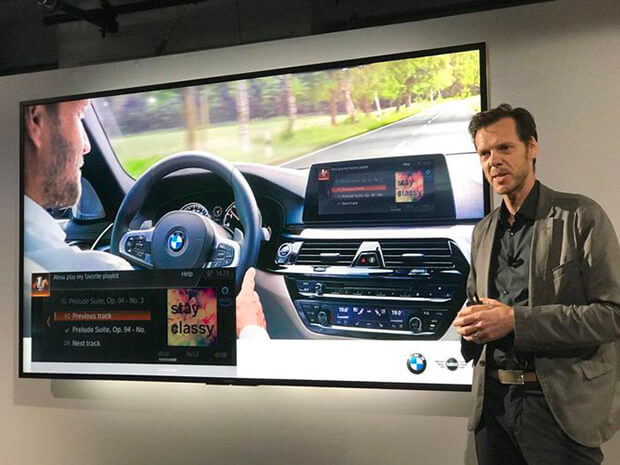 
"Alexa, why is traffic backed up for miles?"

Amazon Alexa can now be in every corner of your home but from next year now, the technology will be available in your car. BMW’s to be precise.

BMW has announced that it's making Alexa available in all its 2018 model year cars (including the Mini brand) starting in mid-2018 in the United States, the UK and Germany.

The new BMW driving-oriented features will include navigation or finding businesses. In many instances, voice responses will include relevant "visual cards" on your car's control display.

Amazon is attempting to claim a foothold in the automotive space before it's too late as so many other tech and computer companies are jumping on the automotive bandwagon.

Apple and Google already have a strong presence thanks to CarPlay and Android Auto, and Amazon risked sitting on the sidelines if it didn't announce some major deals.

Regional availability could be a problem, however. Alexa isn't an advantage if you can't buy products that use it, so Apple and Google will still have free rein unless Amazon expands access.

Previous Article: In the future, drones will charge your electric car while you driving
Next Article: Ireland could have free public transport by 2030