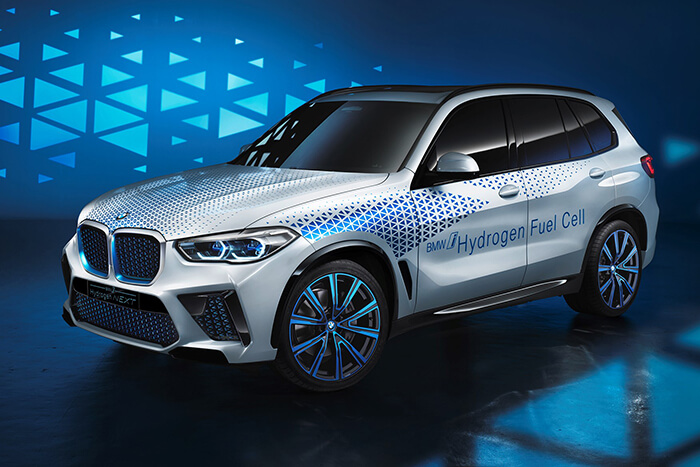 BMW i Hydrogen NEXT

The BMW Group has started to test vehicles that use a hydrogen fuel cell drivetrain, with the German automotive giant putting the technology through its paces “in everyday conditions on European roads.”

The luxury German car manufacturer announced that they will put prototypes of the BMW i Hydrogen Next on the road and test them for safety, reliability and efficiency.

On the technology, BMW went on to say that it could  “become an attractive alternative to battery-electric drive trains, especially for customers who do not have their own access to electric charging infrastructure or who frequently drive long distances.”

If the road-trials are successful, they hope that production of a small-series model will begin in 2022.

The individual hydrogen fuel cells are provided by Toyota, while BMW are developing the fuel-cell stack and drive system.

The powertrain for the BMW i Hydrogen NEXT

The BMW i Hydrogen Next’s hydrogen tank can be filled in three to four minutes, tand can give a “a range of several hundred kilometres in all weather conditions.”

The International Energy Agency has described hydrogen fuel-cell technology as a “versatile energy carrier,”. The hydrogen tech can be deployed in other sectors also, such as industry and transport.

This is not the first time that BMW has used hydrogen technology, as back in November 2006 they announced production of the BMW Hydrogen 7.

The Hydrogen 7 car used a regular internal combustion engine (ICE) but could also run on liquid hydrogen. At the time, BMW described the car as “the world’s first hydrogen-powered luxury saloon car.”

Other car manufacturers are developing their own hydrogen fuel-cell engines. Jaguar Land Rover is working on the prototype of a hydrogen electric vehicle, and will trial it by the end of the year.

The JLR hydrogen vehicle is based on the new version Land Rover Defender as part of their broader development target of zero exhaust emissions by 2036. The testing period will focus specifically on fuel-consumption and off-road capabilities.

Many will also be aware of Toyota’s hydrogen fuel engines but other car makers like Honda and Riversimple are also working on Hydrogen cars. Volvo has also announced that it will partner with SSAB, a Swedish steel manufacturer, to “jointly explore the development of fossil-free, high quality steel for use in the automotive industry.”

The partnership will focus on the steel producers initiative called Hybrit, which has the project goal to “replace coking coal, traditionally needed for iron ore-based steelmaking, with fossil-free electricity and hydrogen.” 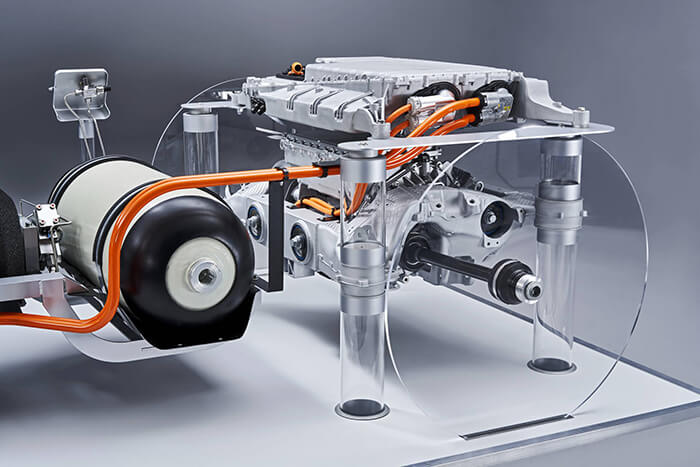 Previous Article: Motor Insurance Green Card no longer needed for UK drivers in Ireland or the EU
Next Article: How to Buy a Used Car