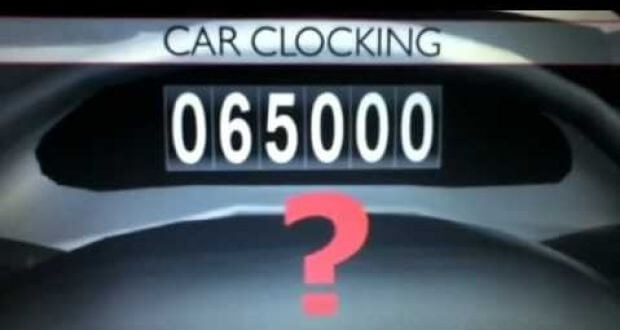 MyVehicle.ie has mentioned in previous posts that as many as 1 in 10 cars in Ireland may be clocked.

We can also view it this way, if the UK figures for clocking were transposed to the Irish fleet then the number of vehicles on false mileages could be as high as 160,000 and the cost could exceed €40m annually based on the OFT figures.

With the rise of clocking in cars, especially cars being imported from the UK, the call should go out for it to be a specific offence.

Most people will be utterly surprised to hear that clocking a car is not an offence in Ireland as the law stands.

It is against the law to mislead a customer about any aspect of the car you are selling and you cannot sell a car that is unroadworthy but no law says that you cannot change the odometer dial.

In 2010 a Bill was submitted to the then government for inclusion into the 2010 Road Traffic Act to make clocking and interfering with an odometer a specific offence. The bill was moved by Labour at the Transport Committee on June 16, 2010 but it was not passed.

A call has gone out also by the Automobile Association to introduce the equivalent of a car ‘death certificate’ whereby a car that is written off is correctly disposed of and its registration number is retired. Car write-offs are also finding their way back onto the road, often being driven by innocent and unwitting drivers.

The situation in Ireland certainly shows that the existing laws are weak and there is a growing need for much tougher legislation to target these bad and dangerous practices.

We must remember that, clocking is not just fraud, it is also dangerous as a vehicle with more mileage than indicated may not have had the correct servicing at manufacturers recommended intervals. This makes breakdowns more likely and increases the chances of an expensive repair like a timing belt. More seriously, critical parts such as braking and power steering systems may be in need of repair without the driver knowing it.

It also should be noted that cars can be clocked more easily than ever before as the technology behind clocking is readily available and it can be done from as little as €80 to €100.

Most cars can be clocked without having to remove the instrument cluster. A computer is used to calculate the code that the manufacturer uses for mileage and this code is used to adjust the mileage on the clocked vehicle. Far too easy, and it’s not even illegal.

What is you think you have bought a clocked car from Britain or Ireland. What do I do?

Firstly, find out the truth by doing a MyVehicle.ie full car history check If the car has had its mileage changed you may have recourse to the seller but realistically it may be very difficult to get any satisfaction.

However, if you feel you need more information on the actual condition of the car you can also arrange for an On-Site Vehicle Inspection  along with a car history check and then, once you are in the picture as regards the car’s real age and state of health, you can then make your decisions armed with the facts.