The psychology behind car colours 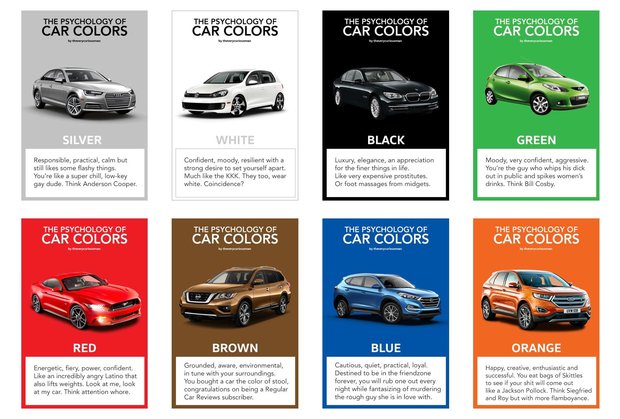 What does your car colour choice say about you?

With most things in our lives, everything we do says something about the kind of person we are. This is no different in our choice of car colour. This is where spend a lot of our time, school drop-offs, road trips, work commutes to name just a few so its only fitting that when choosing the colour of our car that we subconsciously use it as a means of self-expression.

While age, gender, car type and even cultural differences can change the meaning and impact of car colour around the world but here are some of the possible car colour choices and what they may say about your personality.

One of the most popular car colours is most definitely black, but why is this? And are there a certain group of ppl that bee-line for a black car? The answer would appear to be yes. Black cars are seen as being dangerous and rebellious. This colour is thought to represent power, which is how a lot of people like to feel - powerful in this otherwise powerless world. We se a lot of executive or luxury cars. It is the colour of the cars that transport presidents and diplomats, and it always makes a striking impression.

White coloured vehicles are on the up in recent years, this is because they portray modernism and taste. It is said to show the drivers desire to have a shiny new product. It also expresses elegance and the ability to set oneself apart from everyone else. Traditionally it is associated with purity, honesty and rebirth.

Silver also being a popular choice of car are more likely to be bought by drivers with a more mature and less risk-taking outlook on life. Statistically, silver cars are the least likely to get into crashes. The drivers of these cars are thought to be practical and responsible which would further support the above statement. It is also thought to be linked to technology advances in recent years and many devices have started off as the colour silver and people who drive these cars could be seen as a supportive action for the change and evolution in society.

Grey obviously is a variation of silver or vice versa and it thought to be associated with people who wish to portray a bit more of a moderate lifestyle. As mentioned above silver wants to portray a sense of innovation, grey has more a functional aspect about it and doesn't want to appear flashy but just carry out the function that is intended.

Red appears to have a few meanings behind it. We all know the go-to joke about women who drive red cars being bad drivers - I can't say there is any evidence behind this. However, it would seem that people who choose red are extroverts and are more likely to drive faster thinking the colour makes them more visible, giving them a false sense of security. It is hard to miss a bright red car. It also is known to represent energy, ambition, power and confidence. I'm not sure how true this one is but apparently they are known to be angry behind the wheel, however, I think anyone can have a road rage at some stage.

Blue drivers are happy drivers according to sources and are the most likely to let you out at a junction. It is a practical and upbeat colour and as we know there are many different shades of blue. Medium to bright blue can indicate that the driver is down to earth and reliable, while slate blue exudes more formality and professionalism. By contrast, lighter shades of blue can convey the desire to be low-key and a bit more in the background.

Earthy tones like green, brown, beige are popular when it comes to SUV’s as they are great for the countryside and any road trips planned.

Specifically, green car drivers are thought to be unfashionable and their drivers don’t care what people think. People have stopped buying green cars to show off their green credentials. It’s now seen as a rebellious colour. Green drivers are least likely to let you out at a road junction.

Brown is seen as dull, introverted, do not want to stand out from the crowd. More likely to be the victim of an accident. 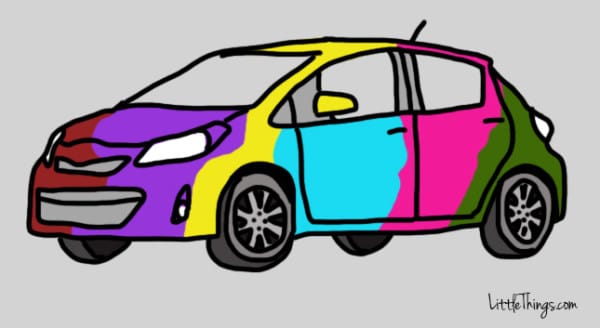 We should not get carried away if you like a certain colour car that you automatically have all these traits because you most likely do not. While these are not hard rules to follow there is evidence to show that driver behaviour can change depending on the vehicle colour they are driving. 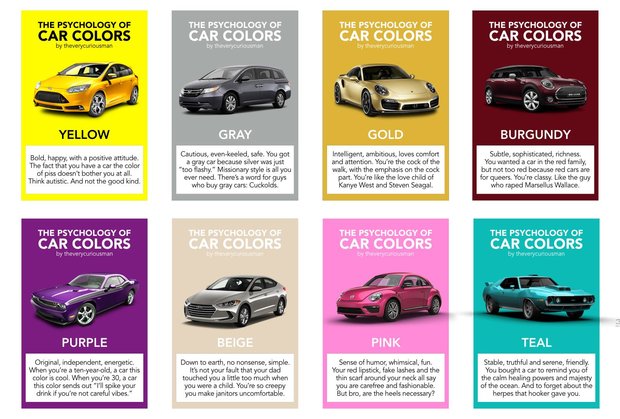 Previous Article: Volkswagen Says the Next Generation of Combustion Cars Will Be Its Last
Next Article: Why you shouldn't trust a car history check from a used car website that is advertising the vehicle for sale