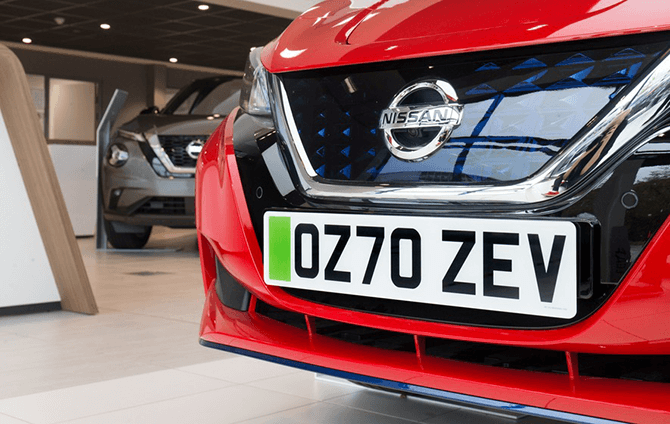 The new plates being trialed by Nissan dealers in the UK have a distinctive green rectangle on the left-hand side of the plate to indicate that the vehicle is emission-free.

The purpose of the trial plates is to give customers a preview of what they could look like when they are launched.

The new 70 registration plates are due to be introduced across the UK in the next few months as part of the Department of Transport’s bid to encourage motorists to switch to zero-emission electric vehicles.

It is hoped that the plates will make it clear which cars are eligible for incentives such as cheaper parking and bypassing congestion zone charges in major cities and towns. A Nissan spokesman said the plates will be “incredibly useful in terms of raising awareness of the benefits of emission-free motoring”.

The founder of Car Dealer Magazine, James Baggott, said the plates will be:

“They are often incredibly proud of their green car choices and these green number plates will be a badge of honour for them.

“Seeing them shown off in dealerships for the first time is giving customers confidence they’re coming soon.

“Many car buyers spent the lockdown researching electric vehicles and dealers are reporting a surge in interest.” 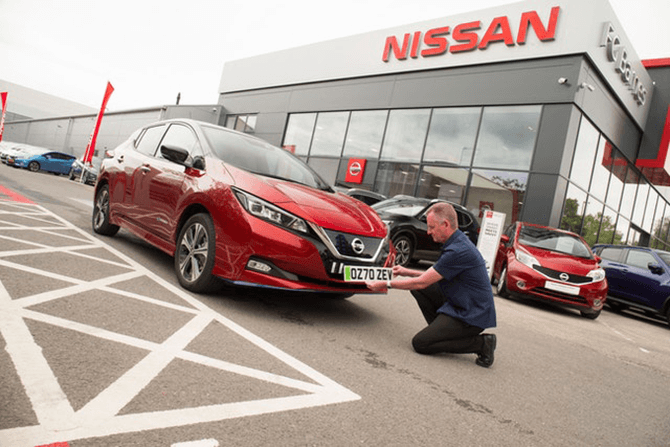 “without feeling the need to virtue signal through extrovert styling flourishes”.

“It seems a shame, therefore, that the green number plate seeks to introduce an element of difference into a market where it’s not required.

“Electric vehicles are set to become the norm in the short-term, so why make them stand out as an oddity this way?”

According to the Society of Motor Manufacturers and Traders in the UK, electric vehicles took a 4.7% share of the new car market during the first seven months of 2020, compared with just 1.0% during the same period last year.