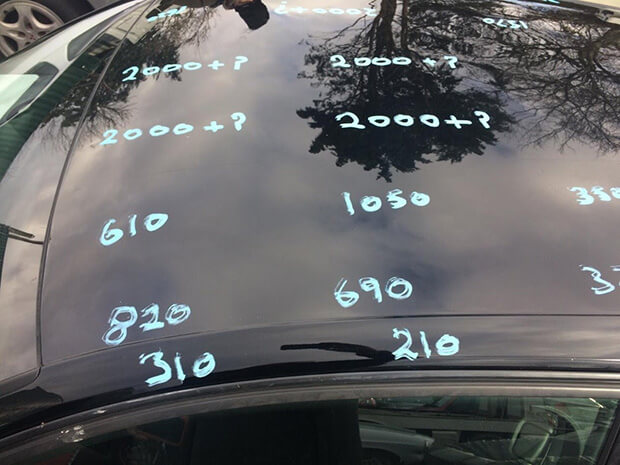 What do the numbers marked on the body of this car mean?

As most of us may know, paint applications require preparation and primer steps for proper application. Modern automobile paint is applied to vehicles in the factory in several layers. All these layers usually have a total thickness of around 100 µm(0.1mm).

Under the International System of Units, there is a little squiggly symbol which you may have seen before. It is the SI derived unit µm. This unit of measurement is used, amongst other things, to represent the measurement of the thickness of car paint.

This unit of measurement is based on the International Bureau of Weights and Measures symbol known as a micrometre, previously known as the micron. A micrometre is equal to one-millionth of a metre (one-thousandth of a millimetre.)

To put it very simply, car paint, in all its layers, should be no more than 100-120 microns thick.

Now look at the photograph of this car again and you will immediately notice that something is drastically wrong with the thickness of this paint? 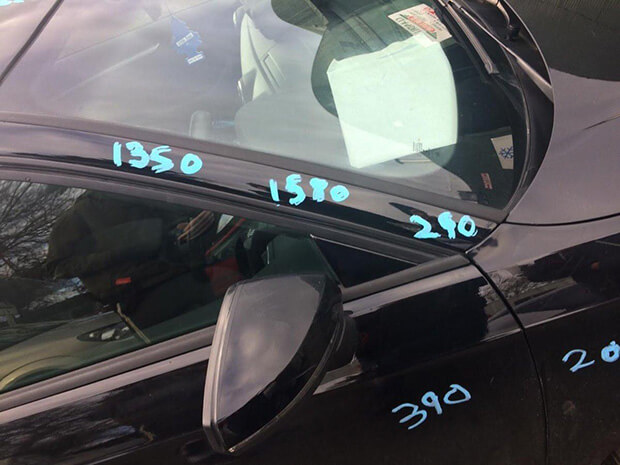 If you notice the highest numbers marked on the roof of this car have a question mark behind them. This means that the actual thickness of the paint and filler on the roof is so high, it has gone beyond the capability of the measuring instrument used by the engineer to measure thickness.

If you knew already what these numbers represented, you are most likely shocked by the condition of this vehicle. Most of us, though, are not engineers and so it is good to be aware of what some unscrupulous traders are doing within the motor industry. This is just one example of the appalling conditions of some of the cars that are being imported into this country on a daily basis.

In this latest shocking discovery, Noel Maher, of Atecea and the Chairman of the Irish Region at the Institute Of Automotive Engineer Assessors discovered this vehicle in such poor quality that he has warned the public to be aware of the condition of certain vehicles allowed to be imported into Ireland from the UK each week. 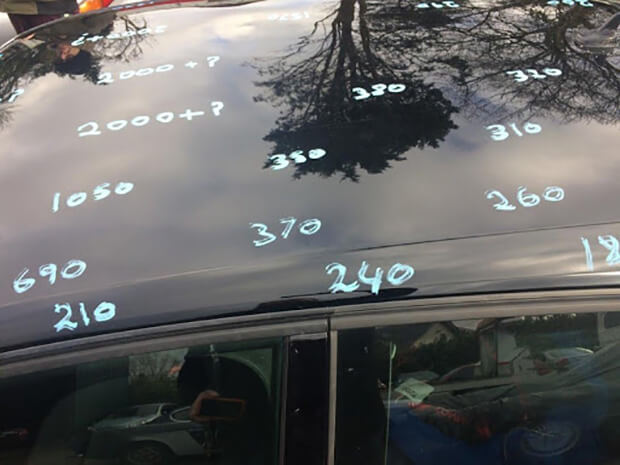 Some vehicles have sustained such extensive structural damage that they have been previously written-off by insurers and many of these vehicles have subsequently not been repaired to manufacturer standards. Noel Maher said:

“Every week, we are discovering numerous poor quality and dangerous vehicles that have sustained extensive structural damage from previous accidents.”

Measurement readings taken by the engineer clearly show the depth of body fillers along the edge of the windscreen and particularly at the centre of the roof exceeding 2000+ microns.

The roof is probably something that most used car buyers don’t focus on too much, but when an assessor inspects a vehicle, they are aware of the kind of damage cars can sustain in previous collisions. This car appears to have been flipped over onto its roof in a previous accident. Commenting on this particular vehicle, Mr Maher went on to say:

“This vehicle sustained extensive structural damage to the roof, Drivers side A-pillar, Drivers sill Panel and the Drivers side front Valance and Chassis.

“The vehicle was imported into Ireland recently and sold to an innocent member of the public unaware of the extensive previous damage and dangerous repairs completed.

“If you are buying a car, be careful and always complete a vehicle history check and use a professional automotive engineer to inspect the vehicle if you have any concerns.

“This vehicle has 5 structural areas of the vehicle still damaged and was very dangerously repaired.

“We discovered other problems with the vehicles SRS & Airbags system.

“The brakes were dangerously defective and wheels were damaged as were many other components in the vehicle.” 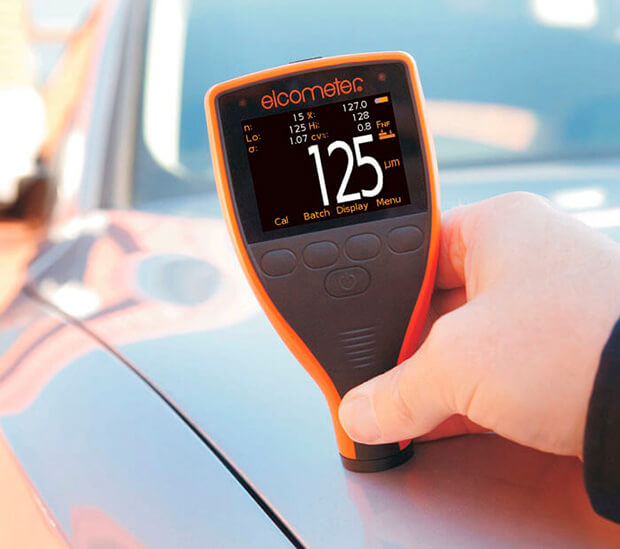 Back in the early days of car manufacturing, application of single component paint was applied manually and dried by solvent evaporation, which in many cases took weeks to dry at room temperature.

Paint composition and application has come on leaps and bounds since then with mass production of cars making that old process untenable. After a time, paint began to be dried in ovens and today car manufacturers use a two-component (catalyzed) paint applied by robots and which also cures in just a few hours either at room temperature or in heated booths.

Originally automobile paint was lead-based with other heavy metals and Chromium used which is obviously not good for the environment. The original lacquer paints led to 85% evaporation into the atmosphere which is obviously not good for us, so manufacturers moved to the more environmentally safer water-based acrylic polyurethane enamel paints. This modern paint is almost universally used as the base coat on cars with a clear coat on top.

Importance of a Car History Check

This again just reiterates how important it is to check the history of a used vehicle before you purchase it.

A vehicle like the one mentioned here had extensive and dangerous previous damage. Many of these vehicles have been written-off and are have clearly not been repaired safely but imported into Ireland.

Justin Kavanagh, the Managing Director of MyVehicle.ie and expert in car history data and reporting said:

“Ireland has become a dumping ground for these vehicles coming in from the UK. It is fundamentally important to always run your own car history check before you even consider buying a used vehicle, regardless of whether it is from the private marketplace or a dealership. Every car has a past so make sure it has a future.”

Previous Article: Will Self-driving Cars Cruise the Streets Instead of Paying For Parking
Next Article: Why you shouldn't trust a car history check from a used car website that is advertising the vehicle for sale