Cars may actually prove to be more important post covid 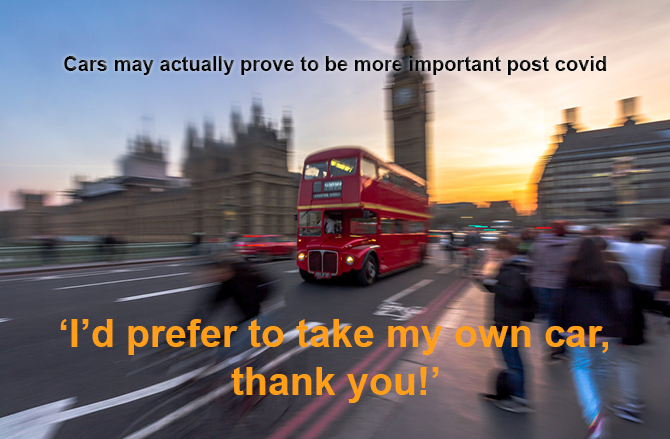 Personal transportation by car may prove to be far more important to the average driver than before covid.

In a new survey, by the RAC’s annual Report on Motoring, more than half of 3,068 drivers surveyed in the UK (57 per cent) say that having access to a car is extremely important and even more so after the coronavirus outbreak.

The majority of drivers (64 per cent) fully expect to commute to their places of employment after the coronavirus lockdowns. This figure is almost the same (67 per cent) as it was before the lockdown events happened.

We have all seen the huge rise in home deliveries but it still remains that seven out of ten drivers (68 per cent) say that their car is essential for regular shopping.

This has particularly been evident since the lockdowns as no one is interested in the perceived risks associated with public transportation or the restrictions that this entails. This is great news for car sales.

The fact remains, that drivers want to hold on to their own cars and are showing less and less interest in public transport despite any improvement measures that may be introduced.

It was also revealed that for most, coronavirus was not much of a determining factor as most drivers are just not interested in public transport. Why should they be?

From the perspective of a regular motorist; going on buses, trains or trams is a total nuisance, not to mention time and energy consuming when you have a car right there anytime you need it. The figures, in fact are consistent with previous years

Nearly half of all drivers (46 per cent) surveyed say that fares are too high, 43 per cent said that services didn’t run when they needed them to and 41 per cent said that public transportation services were not frequent enough. Why would a driver opt for this inferior transport option to the private car?

On the ground, the ‘Green’ agenda is not a selling point for most people and this does not equate to people not caring about the environment, because most people do care. There is just not enough real thinking going on into practical and convenient alternatives.

More convenient park and ride sites, for example, would make more sense at this juncture and would be helpful for far more people.

Previous Article: Motor Insurance is 35% higher in the past decade
Next Article: Petrol and Diesel prices are sky-rocketing