Motor Insurance is 35% higher in the past decade 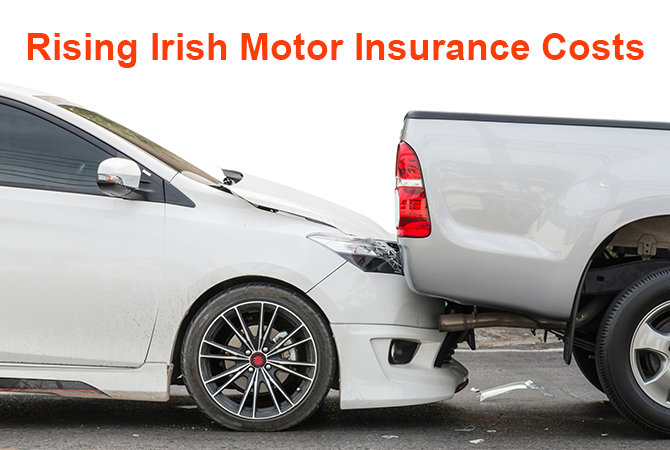 Motor insurance premiums rose as much as 35% over the past ten years despite a massive drop in claims.

Profit margins for the insurance industry actually increased from 9% in 2018 to 10% last year.

The industry has raised their premium prices by 35% even though there has been a 9% fall in the cost of claims in the same ten years.

Statistics from the Central Bank’s second annual Private Motor Insurance Report revealed that between 2009 and 2019, claims by motorists fell by 45%.

The report is based on data coming from the National Claims Information Database (NCID), and it is only the second report of its kind since the database was established.

The data contained in the report indicates that in 2019, insurance companies in Ireland generated an average profit of 10% which is up from 9% in 2018.   The total income for the insurance industry here was €1.47 billion in 2019 and  96% of that total came from premiums.

This shows the fluctuations in the average premiums with huge increases and small decreases over a period of time during the same ten year period. Despite any protestation from the insurance industry, these fluctuations are certainly more volatile than most other markets?

Due to these anomalies in te Irish market, the government created the Cost of Insurance Working Group to examine the factors influencing the rising cost of insurance premiums in the State.

It was then in 2017 after some analysis, the Working Group recommended the creation of the NCID to improve transparency in the Irish Insurance Industry.

When it comes to actual settlement of any motor claims in the past decade, the report highlighted how claims are settled.

Between 2015 and 2019, half of all claimants settled directly with their insurer, while 33% of claimants reached a settlement only after litigation, of whom 85% settled for less €100,000.

It was also revealed that over a five year period, 17% of claimants reached an agreement with their insurance company through the Personal Injuries Assessment Board.

Previous Article: Car dealers are calling for urgent deferral on new VRT increases
Next Article: Why you shouldn't trust a car history check from a used car website that is advertising the vehicle for sale