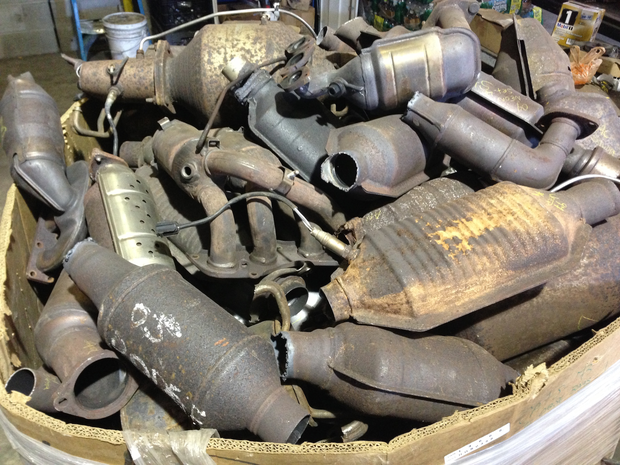 Recently thefts of catalytic converters from vehicles have skyrocketed in Ireland as gangs try to cash in on the increased prices of the precious metals contained within these devices.

From unofficial Garda reports, it is thought that there has been an increase of thefts of up to 3 times the norm for these car parts. it is speculated to be due to the fact that these devices can be sold for up to €500 on the black market. Quite a little money-making scheme!

These gangs have found an opportunity on the black market to sell these devices for a pretty penny as the converter contains precious metals. These can then be recycled and used in jewellery, electronics and dentistry.

What is a catalytic converter? 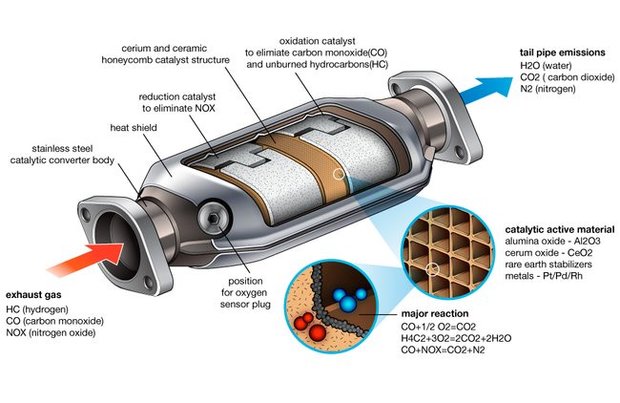 For an automobile’s internal combustion engine to operate, a controlled combustion reaction needs to occur inside the vehicle’s engine. But in doing so it produces harmful burnt gases:

A catalytic converter acts as an exhaust emission control device which converts toxic gases and pollutants produced by the internal combustion engine of the vehicle into less toxic agents via a catalysing redox reaction.

A catalyst is a compound that can trigger a chemical reaction without being affected themselves. They are present in many forms naturally in living organisms. In this case, we are talking about their use in automobiles to reduce harmful emissions.

The catalyst used in a catalytic converter is a combination of platinum (Pt), palladium (Pd), and rhodium (Rh). These metals coat a ceramic honeycomb (or ceramic beads) contained within a metal casing that is attached to the exhaust pipe. The catalytic converter’s honeycomb structure provides the maximum surface area on which reactions can take place while using the least amount of catalyst.

These catalytic converters are worth hundreds of euros as these metals are quite precious and not as plentiful as we would hope. In some cases, these go on to sell for a market value more than gold which would be an indication for the huge spike in thefts of these devices. A source from the Gardai said

These thefts are occurring in very mundane places in the likes of the national aquatic centre and IKEA carpark in the middle of the day. Although it can be hard to calculate the exact figures as they are classified as general car crime it is evident there has been a surge in this area.

Previous Article: 40 cars seized after persistent failure to pay M50 fines
Next Article: How to Buy a Used Car