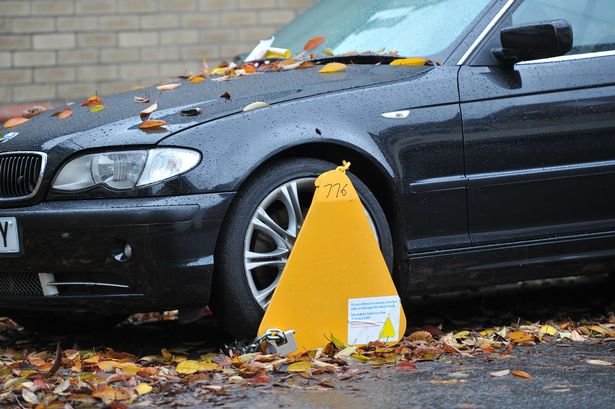 There is now a Nationwide parking inquiry after a huge increase in complaints against the clampers. More than 300 motorists are making the argument that clamping signs are inadequate and as such have made these the subject of appeals to the NTA.

The National Transport Authority revealed earlier this year that it was hiring extra staff just to cope with the volume of appeals cases against private clampers which have been coming before it.

As a result of the increasing number of complaints against the clampers, the NTA has ordered a countrywide inspection of parking zones in which it is claimed signs are not clearly showing the warning that cars would be clamped.

At a cost of €150,000, consultants are being hired to carry out an audit into whether clamping signs actually comply with the law. The legislation states that clamping signs must be “prominent” and “indicate clearly” that private clampers are operating in the area.

Motorists are maintaining that signage is wholly inadequate and as such are making appeals to the NTA about being clamped. Last year, four out of every 10 appeals against the clampers were upheld. 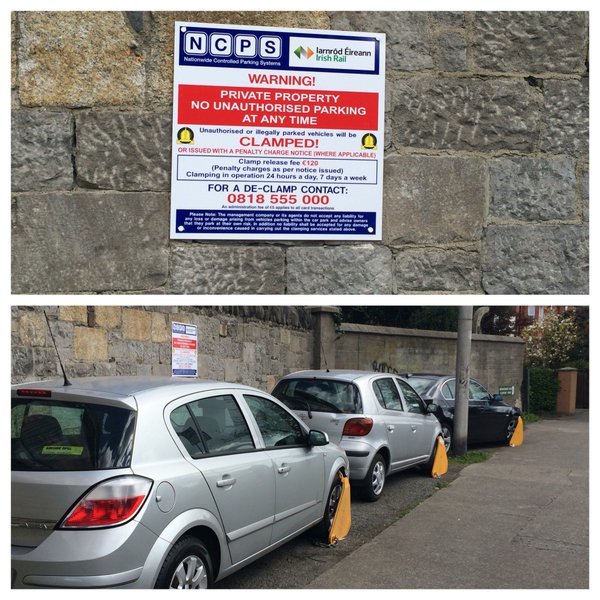 The National Transport Authority is the main State regulator for parking and clamping operators. They see that the majority of appeals are based on inadequate signage, proof of payment, error in inputting registration numbers etc.

According to the NTA, consultants will take two years to inspect all the clamping zones around Ireland before a “comprehensive report”  is drawn up and presented to the NTA detailing the level of compliance with the law.

All clamping notices must be clearly readable “in plain language”, clean and in good condition.

They must also be of certain dimensions and properly positioned in the clamping area. The signs must clearly state the terms and conditions, including the clamp release charge and any additional charges.

Consultants have not been appointed to the job as of yet but the transport authority will look for  “general advice and assistance” from any consultants that are tasked with the job of inspection. They hope that the two-year audit of all clamping zones will give clearer communication to motorists about parking in clamping zones and any legal consequences of any infringement.

The National Transport Authority has the power to order all parking operators to improve their clamping signs. If you want to appeal against the clampers, there is a “two-stage appeals process” that you can take to the NTA. Firstly, you must take the complaint to the operator of the car park in question, and then secondly and ultimately you must make the appeal to the authority within 30 days of the original rejection by the operator.

Last year the authority dealt with 1,783 second-stage appeals. That is almost five every single day. Of these, 728, or 40 per cent, were upheld.