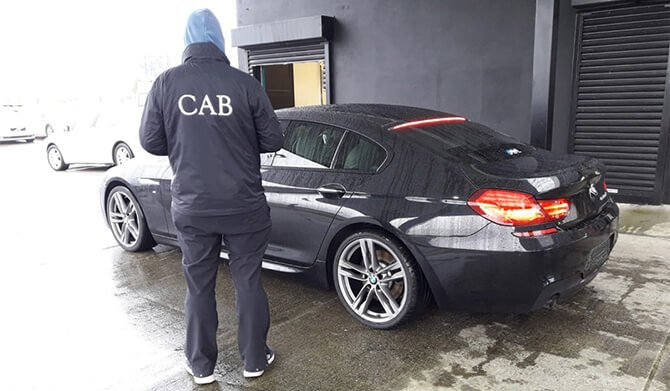 In breaking news, a series of raids was carried out this morning by a multiple agency force in County Tipperary in which 80 cars were seized worth millions.

The multi-agency raid and seizure is part of an investigation into a UK-based organised crime gang with members from Lithuania and Pakistan.

In collaboration with the UK police, An Garda Siochána believe the gang is involved in money laundering, specifically using a scam known as ‘Invoice Redirect Fraud’.

Invoice redirecting occurs when a business receives a fraudulent email claiming to be from an existing supplier, advising of new bank details for payment.

The criminal gang may not necessarily request a specific payment at the time of the first notification but the next legitimate payment will be redirected to the fraudsters account.

Another aspect of the Mandate Fraud scam will feature a member of the crime gang contacting a legitimate business claiming to represent an organisation that the business regularly pays through, such as membership fees or subscriptions, and makes a request that a bank transfer mandate is changed. 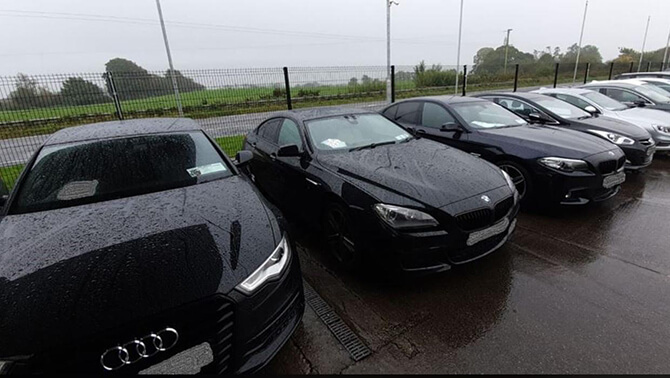 Operation Bagana was undertaken by police officers from the Economic Crime Bureau attached to West Midlands Police as well as the Gardaí here.

Along with €2 million in cars seized, over €20,000 was also confiscated in six searches in Clare and Tipperary. Assets in the region of €200,000 were also frozen in bank accounts.

At the same time as the Irish raid was occurring, the West Midlands Police were also carrying out their own search and arrest operation as part of the investigation.

The criminals were stealing money from UK businesses through CEO and invoice redirect fraud and laundering all the dirty money through the motor trade both here and in the UK. 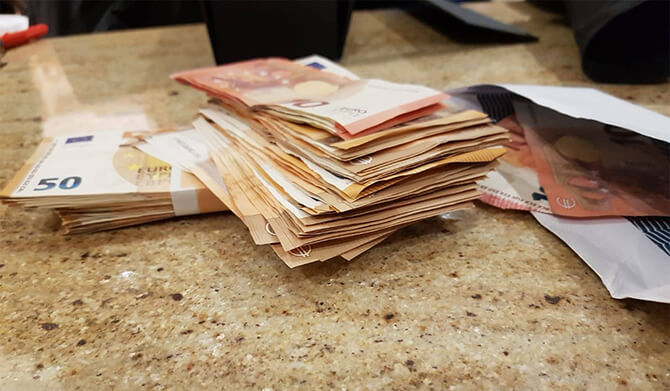 The criminals set-up a company here in Ireland and bought a garage in Co Tipperary to sell cars that were bought in the UK and then exported here to Ireland.

During the operation this morning, the CAB got tactical support from the ERU (Emergency Response Unit), the Stolen Motor Vehicle Investigation Unit, the Garda National Immigration Bureau, the Garda Technical Bureau and the Revenue Customs Dog Unit.

"Today’s search operation is an example of the ongoing cooperation between the Criminal Assets Bureau, An Garda Síochána and UK Police Forces in the investigation of International Organised Criminal Groups. Our activities are in furtherance of the CAB mission ‘to deny and deprive’.”

In all, six searches were carried out in homes and businesses in Clare and Tipperary and vehicles confiscated in the raid included Range Rovers, BMWs, Volvos and Hyundais. 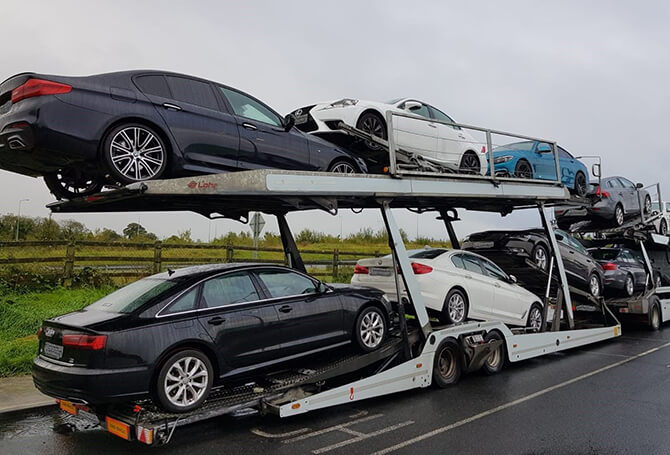 Previous Article: CUSTOMS DUTY ON UK CARS FROM JANUARY 2021?
Next Article: Damaged and Crashed Car Report for the Month of May