Bus Éireann has apologised to passengers after a door fell off one of its buses on the Sligo to Galway route on Monday, August 19.

Passengers were startled when the door fell off near Charlestown, almost an hour into their journey on the Sligo to Galway leg but thankfully there was no one injured in the incident. Bus Éireann said:

“The 10.00 Route 64 (Sligo- Galway) service experienced a mechanical fault with the door, this occurred just outside Charlestown, County Mayo.

“The driver followed all safety procedures and a replacement bus was dispatched and passengers continued their journey to Galway with a short delay. No passengers were injured.

Bus Éireann would like to apologise for any inconvenience caused to our customers using the service this morning”.

The photographs taken by one of the passengers shows the bus stopped on a straight stretch of road with the door lying flat on a grass verge with its bottom portion still connected to the mechanical arm which operated it.

In another incident involving a Bus Éireann vehicle in May this year, two people were injured when the bus they were travelling in crashed into a car on Model Farm Road in Cork city shortly after 10 pm at night.

Another accident occurred in August 2018 when a woman became trapped by the baggage compartment door of a Bus Éireann bus in Waterford city. A passerby had to notify the driver who then stopped the engine and released the door.

In July 2017 another Bus Éireann double-decker bus was involved in a crash near Terminal 2, Dublin Airport shortly after 7 am in the evening.

In a bizarre incident in 2013, one woman who was travelling from Galway to Co Clare got trapped in the baggage hold and carried 25 kilometres before she was freed. 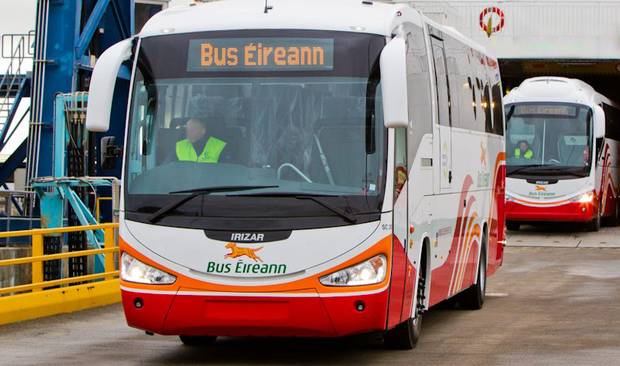 Previous Article: Norway’s electric vehicle market led by the rich
Next Article: Damaged and Crashed Car Report for the Month of May