Dangers of driving while tired

Dropping off at the wheel

Drowsy drivers die. Tired drivers can kill. Most of us are aware of the dangers of driving while under the influence of tiredness and the impact of driver fatigue on road safety.

Unlike driving under the influence of alcohol, driving while fatigued can affect anyone and it is much harder to measure until it's too late and the drowsy driver causes an accident and the outcome becomes tragic.

There are many causes of fatigue, some of which we can all relate to. A lack of quality sleep, consumption of alcohol, prescription medication, the time of day you drive, inadequate rest breaks and dehydration all play their part in contributing to driver fatigue.

Typically, the warning signs of driver fatigue are quite simple. Driving on auto-pilot leading to a loss of concentration, yawning, feeling restless or irritable, daydreaming or feeling the need to roll down the window for some fresh air.

Driving without adequate sleep can be as dangerous as being impaired by alcohol.

General Surgeon, Dr Matthew Croxford of the Royal Australasian College of Surgeons in Australia who is on a National Medical Advisory Committee said this regarding fatigue:

“Research proves that being awake for 16 to 17 hours is the equivalent of a 0.05 per cent blood alcohol concentration (BAC). After 24 hours the level of impairment is equal to 0.10 per cent, twice the legal limit,”.

While driving under the influence of tiredness, simple tasks became more and more difficult and reaction times start to decrease dramatically. The end result can cause the driver to perform erratic manoeuvres and there will be delays in appropriate avoidance techniques.

All drivers are susceptible to fatigue but there are some higher-risk groups such as shift workers, who are often driving at times when they would otherwise be asleep. Older drivers, too, are at an increased risk as they “probably have less reserve in terms of [resistance to] fatigue,” explained Croxford.

Young drivers are also another high-risk group. Their inexperience on the roads and possibly a sense of invincibility can influence their decision making. People with undiagnosed sleep disorders are also a significant risk on the roads. Other people at high risk are those who work long hours or frequent business travellers.

Dr. Croxford went on to say,  “In modern society, one, of the biggest things we see is obstructive sleep apnea, which is often associated with obesity, particularly in men,”.

“Drivers can actually have periods of ‘unawareness’ that can last up to 20 seconds,”.

People undiagnosed sleep apnea tend to have very poor quality sleep and are at a very high risk of daytime sleepiness. He also addresses the reality of the ‘micro sleep’ phenomenon. 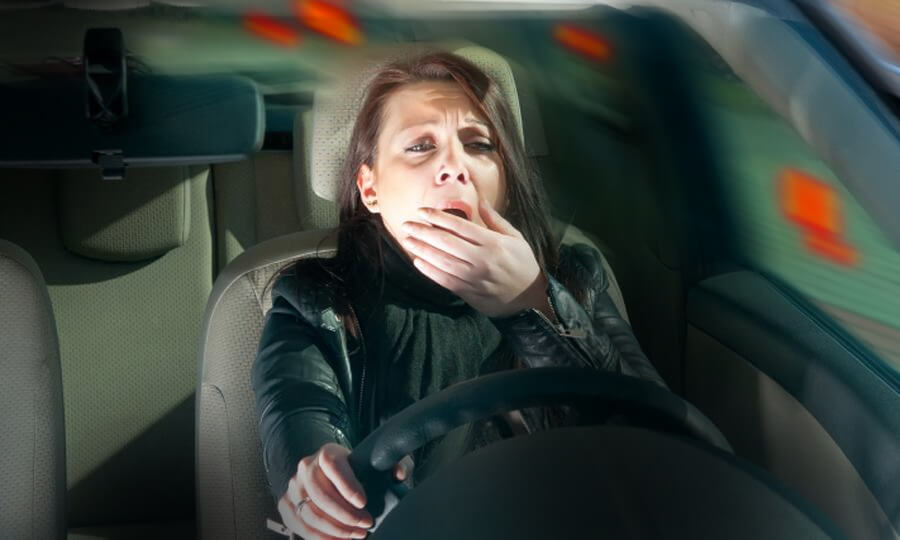 Fatigued driving has the potential for tragic consequences. There are, however, several steps every driver – and passenger – can do to make their journey safer.

Previous Article: Number of vehicles increasing dramatically
Next Article: How to Buy a Used Car