Dublin gang steals cars by ‘fishing’ for keys through the letterbox 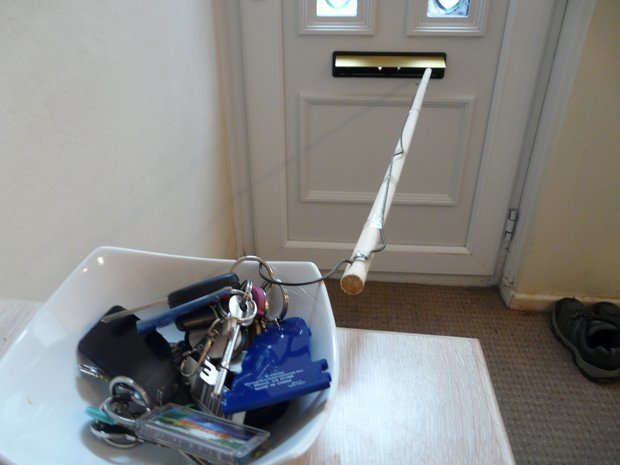 Fishing for keys through your letterbox

A teen gang from Dublin’s Northside is stealing cars by 'fishing' for keys through letterboxes. So far this criminal gang is suspected of stealing at least 30 high-end cars in affluent NorthDublin suburbs.

This teen gang targeted houses in Malahide, Howth, Sutton, Raheny and Clontarf. It is believed that the gang stole car keys by putting grab implements into letterboxes and “fishing” for the keys that were left on a table or phone stand inside the hallway.

The gang targeted up-market homes where expensive cars were parked, such as Audis, BMWs and Mercedes. One Garda source said:

"These cars have then been used in a spate of burglaries in the same locality in which large amounts of mostly jewellery and cash have been stolen,"
"The house burglaries are not aggravated in nature. In fact, they can be best described as opportunistic break-ins."

After the stolen cars are used in the burglaries, they are then driven off and parked up at apartment complexes in the northside. Some high-end cars were recovered at the apartment complexes at the Belmayne area of Balgriffin near Donaghmede. Usually, these cars are discovered within a few days.

"While around 30 vehicles have been stolen in the space of a fortnight, gardaí have recovered up to 20 of these parked up and generally intact," the source added.
"They can be returned to their owners after being forensically examined.
"However, some of the cars have been destroyed in joyriding incidents."

It became such a problem in recent weeks that Garda management had to issue a situation bulletin identifying the alleged gang members to officers in all Dublin stations.

Gardaí believe the gang is made up of around eight members aged between 16 and 22 who live in the Edenmore and Coolock area.

"These are very young up-and-coming criminals who can be best described as disorganised yobs,"
"They have no established links to the wider organised crime gangs who are involved in the stolen car industry in Ireland - these are gangs that steal cars to order so that they can be dismantled in chop shops or sold on the internet.
"In the absence of having connections to these organised groupings, the youths involved in this have no real means of getting rid of the cars.
"In fact, gardaí have received reports that one of the teenagers was recently attempting to sell one of the stolen cars that is worth €20,000 for less than €400."

The guards have failed to make any arrests so far in the investigation.

Previous Article: London police to use drones to catch speeding motorists
Next Article: Volkswagen’s profits rose in 2019 despite decline in car sales