In another blow to Ireland's motorists, Dublin City Council street parking is set to be increased by as much as 70 per cent, particularly around Dublin hospitals.

This is just another revenue generating scheme in areas that they know people must avail of parking, such as around the hospitals.

The plan is part of a Dublin City Council strategy to increase the number of areas covered by the three most expensive street parking zones.

The parking zone expansion plan will affect parking not only in the city centre but also suburban streets with the areas around hospitals being the worst affected.

The changes are planned to come into effect in July. The medium demand “green zone” will remain at €1.60. 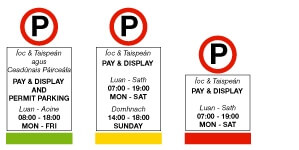 The red zone on the north side will expand to encompass the area surrounding the new DIT college campus at Grangegorman. The red zone currently stops before the new Central Bank building, but would now run all the way to the 3 Arena and the city’s docklands.

The Red Zone will expand also on the south side as far as the Grand Canal Dock area to the end of Sir John Rogerson’s Quay.

The 70 per cent rise will also hit residential roads around Ranelagh and Rathmines, which were previously included in the medium demand zone of €1.60 per hour. This zone will also extend to Harold’s Cross for the first time.

Other areas previously in the low demand parking zones currently at just €1 an hour will be brought into the medium demand zone.

Anyone parking in Kilmainham and around St James’s Hospital and the Coombe Hospital will now face the €1.60 hourly charge.

The council intends to begin public consultation on the changes next month. 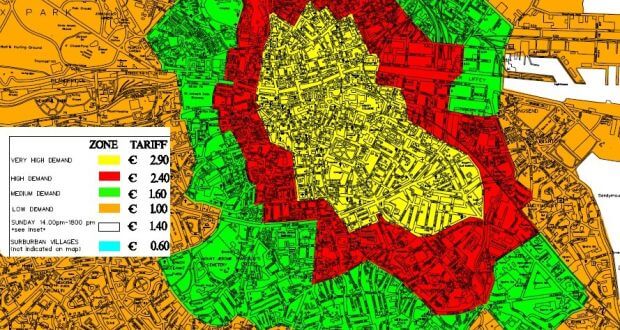 Previous Article: Toyota introducing a new cabin design for Autonomous cars
Next Article: Why you shouldn't trust a car history check from a used car website that is advertising the vehicle for sale