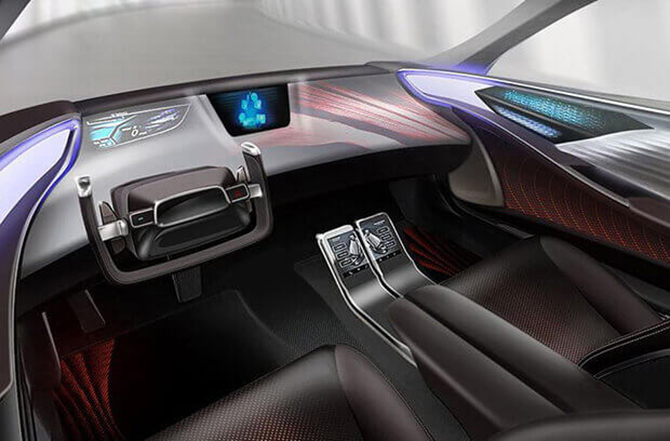 Toyota has designed a new car interior which they will use in future autonomous cars. The design has received the name ACES (Active Comfort Engaging Space) and will be used in Level 4 Autonomous cars with autopilot. Not to be confused with regular uses of the Acronym for ACES (Automated, Connected, Electric, and Shared)

This level of autonomy can allow for either a fully Autonomous mode if desired or the driver can take over.

Each of the individual ACES technologies can obviously exist as stand-alone advancements, but when combined they can become a powerful new way of envisioning automation.

The ACES panel of the future will have a holographic instrument panel instead of a steering wheel and exterior cameras instead of the traditional side mirrors.

The ACES car seats will use a special system that can recognise the physical features of the driver. For example, the system can identify the kind of physique a person has and then make the needed changes for the most comfortable seating position for the driver, and also allowing adjusting for each of the passenger seats and seat belts.

In the coming years, people will no longer make the distinction between the four areas of the other ACES concept (Automated, Connected, Electric, and Shared) and will see ACES technologies as one thing.

Toyota’s new cabin design may be the concept of the future, in which the focus will be on automatic control systems. 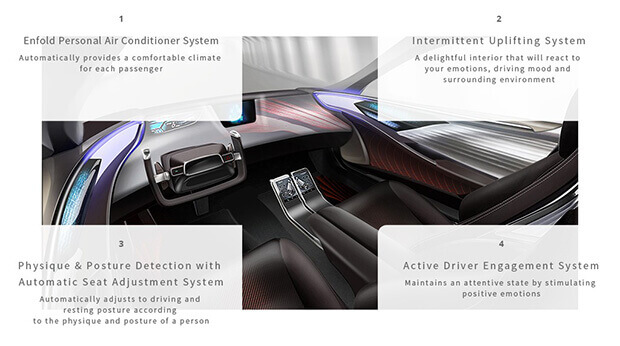 Previous Article: Connected v Autonomous Vehicles. What’s the difference
Next Article: Damaged and Crashed Car Report for the Month of May