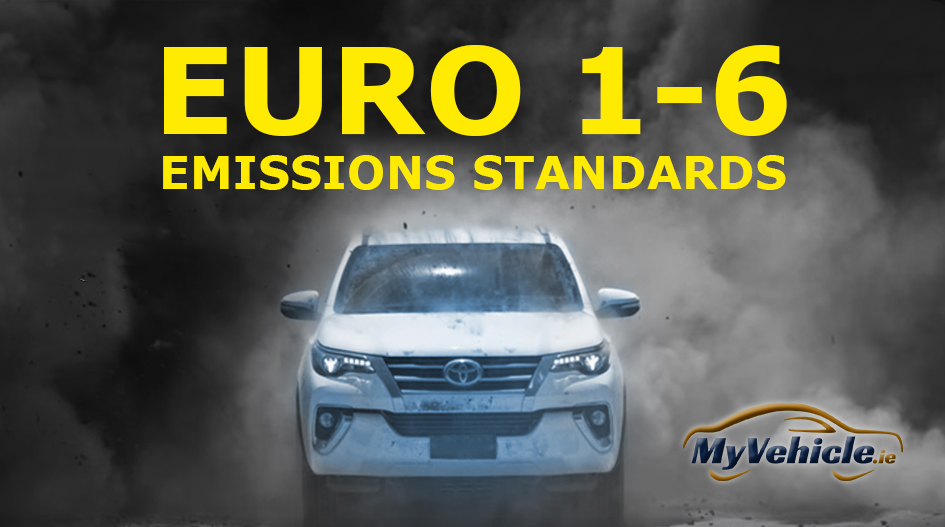 Why do we have Euro 6 emissions standards?

The Euro 6 car emission standard is the sixth level of the EU directive to reduce harmful vehicle car and van exhaust pollutants for both petrol and diesel cars including hybrids.

Euro 6 has been in operation since September 2015 and this standard is becoming increasingly important in many European cities, such as London which is enforcing new ultra-low emission zones (ULEZ) and clean air zones (CAZ).

The car emission standards are specifically designed to reduce pollution across Europe. The latest Euro 6 only allows for a maximum limit on emissions of no more than 80mg/km of NOx (Nitrogen Oxide) gas.

All cars after September 2015 that meet this target have lower motor tax rates which makes newer cars more attractive than pre-2015 Euro 5 standard cars. Find out: What Euro emissions standard is my car?

In an effort to combat urban smog and exhaust emissions, in 1956 the German government sought advice from the Association of German Engineers on developing general guidelines for the reduction of emissions.

Germany was not the first to raise concerns over urban smog as this was also seen as a growing issue in California as well as France.

From 1961 a team of French and German engineers collaborated closely on the initial protocol for standardisation.

After nearly 14 years of planning, the first of the eu car emission standards for passenger cars was introduced in the European Economic Community in 1970.

In 1982 the EEC Commission decided that further regulations were necessary with the European Economic area to assess the health effects of smog and exhaust emissions. This regulation became known as the “Evolution of Regulations - Global Approach, or ERGA for short.

Press reports started to appear in Germany of the damage caused to the forests by vehicle exhausts and this created a public outcry forcing even more plans for further regulation. This resulted in the introduction of unleaded petrol.

As the road network and vehicle numbers increased across Europe, it led to more congestion in urban areas adding even more exhaust smoke into the atmosphere of all the major cities of Europe such as London, Paris and Berlin.

22 years after the first introduction of a standard in Europe, the Euro 1 standard was introduced in 1992. This saw the fitting of catalytic converters to all new petrol cars so as to reduce Carbon Monoxide (CO2) emissions.

The best way to get a real-world euro emission standards check is to go to the AIR Index. This emissions standard index is led by a global alliance of scientists and organisations. Their specific goal is to “reduce harmful vehicle emissions by providing car and van buyers and policy makers with a trusted and independent way to evaluate each model.”

The Euro 6 standard has imposed the toughest vehicle emissions limits yet and has resulted in the cleanest cars in history. Diesel particulate filters (DPFs) now capture 99% of the dangerous pollutant soot, and have been fitted to every new diesel car since the introduction of Euro 5. Asd a result of this, NOx emissions have been reduced dramatically.

Why do I need to know about Euro emission standards?

Euro 6 has had a major impact on the manufacture of petrol and diesel cars and vans in an effort to dramatically reduce CO2 and NOx emissions. The standards have pushed car makers to offer cleaner and more efficient cars. This has also affected the motor taxation systems across the EU.

It is important to know about the Euro standards as buying a vehicle under an older standard means you will have to pay more motor tax. If you are importing a vehicle into Ireland, it can also have a major impact on the amount of VRT you pay, as if the NOx is above 80mg/km, you will be penalised.

Euro 6 diesel cars may also be fitted with:

Euro 6 was introduced in September 2014 with implementation from September 2015. This current standard imposed further significant reductions in NOx emissions from diesel engines. This again reduced the NOx limits by 67% compared to Euro 5) with similar standards for petrol and diesel.

Exhaust Gas Recirculation (EGR) was introduced which replaces some of the intake air which contains most of the nitrogen (80%) and recycles the exhaust gas reducing the amount of nitrogen available to be oxidised to NOx during combustion.

Euro 5 was introduced in September 2009 with implementation by January 2011. This regulation tightened the limits on particulate emissions from diesel engines and with this standard, all diesel cars were to be fitted with particulate filters. This standard also called for a reduction of NOx limits by 28% compared to Euro 4.

A particulates limit was also set for the first time for direct injection petrol engines only. This also saw the introduction of a limit on particle numbers for diesel engines, as well as a particle weight limit. This aspect of Euro 5 applied to new type approvals from September 2011 and to all new diesel cars from January 2013.

Euro 3 (EC2000) introduced in January 2000 with implementation by January 2001. The test procedure was modified to eliminate the engine warm-up period. This had the result of further reducing CO and diesel particulate limits. This also added a separate NOx limit for diesel engines and introduced separate hydrocarbon and nitric oxide limits for petrol engines.

Euro 2 (EC96) Introduced January 1996 with implementation by January 1997. This further reduced the limit for carbon monoxide emissions and also reduced the combined limit for unburned hydrocarbons and oxides of nitrogen for both petrol and diesel vehicles.

Euro 1 (EC93) Introduced in July 1992 with implementation by January 1993. This saw the switch to unleaded petrol cars and the universal introduction of catalytic converters in order to reduce Carbon Monoxide (CO) emissions.

MyVehicle.ie offers a Vehicle Registration Tax (VRT) calculator. To find out how much you might have to pay. It is designed to make estimating the VRT on a vehicle easy.

You simply have to enter the UK or NI registration number and the mileage of the vehicle and in most cases, it will return an estimation. In some instances, you may be prompted to enter some additional information, such as the mileage, version, bhp, value (asking price), known NOx value etc. to get the nearest match.

After entering the registration number, the calculator can determine the vehicle’s Make, Model, Body Type and Variant as well as the date of first registration of origin State and its CO2 emissions.

How do I know if my car has Euro emissions?

You can find out whether your car meets Euro 6 standards, by entering its details here. This emissions standard AIR index was established by an international alliance of scientists, researchers and organisations. Their stated goal is to “reduce harmful vehicle emissions by providing car and van buyers and policy makers with a trusted and independent way to evaluate each model.”

What is the latest euro emission standard?

The latest EU emissions standard is known as 'Euro 6'. This came into effect from September 2014 and was to be fully implemented for all new cars from September 2015. Exhaust pollutants were reduced by 96% compared to the first Euro 1 (EC93) which was introduced in 1992.

What is the standard for NOx emission?

The European Union Euro 5 and 6 Regulation 715/2007/EC sets the regulated pollutant emission limits for cars, in particular nitrogen oxides (NOx, i.e. the combined emissions of NO and NO2) of 80mg/km

Does my cra’s euro standard affect my NCT?

Yes, if you have an older vehicle that is outside the limits set for the vehicle's age and type, it can affect the outcome of the test. All cars undergoing the National Car Test (NCT) or Commercial Vehicles Test (CVT) are subject to exhaust emissions testing in line with the Euro 6 standard. NCT and CVRT test for levels of pollutant gases and particulates emitted by the vehicle under defined test conditions. Vehicles can be tested at varying engine RPM depending on the year of manufacture and manufacturer specifications for that type of engine.

Does my car’s euro standard affect my mot?

A record number of vehicles last year in the UK (almost 1.3 million) failed the MOT because of faults relating to exhaust emissions. Overall  MOT failures IN 2020 were up by more than 70% compared to 2017/18 levels.

Generally speaking, no. The Euro 6 standard is not affected by the UK’s exit from the EU. The United Kingdom and it’s manufacturers will still adhere to the emissions standards. It is therefore still important for UK businesses and fleets to be aware of the EU’s regulatory changes and keep in compliance with Euro 6 and any future vehicle type approval standards.

Previous Article: Car thieves steal keyless car in less than 60 seconds
Next Article: Are you entitled to a Motor Tax refund?