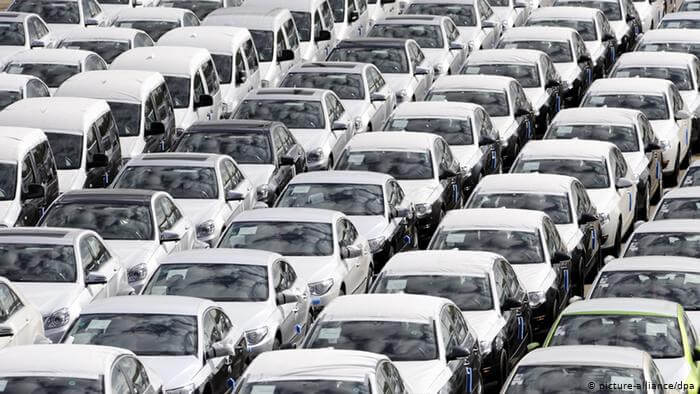 Just 5,314 new vehicles rolled off UK production lines with factories still closed or running at reduced capacity due to the pandemic.

According to motor industry representatives, new car sales are headed for a record 25% crash this year.

The fallout from this ‘pandemic’ has been almost catastrophic and certainly unprecedented for the both the new and used car manufacturing and  sales industry.

This is by far the biggest percentage drop on record and is also the lowest number of cars sold since 2013. This was a key year as it was then that the car industry was just beginning to emerge from the global market downturn following the financial crisis of 2008.

The Society of the Irish Motor Industry (SIMI) have announced a  72.3% year-on-year decline in new car registrations in May.

Most Irish car showrooms were closed for almost two months (50 days) from March 29 to May 18 and registrations in the year to the end of last month were down by 34.6%, which was almost 52,000 cars.

This is major, as the majority of consumers who may have bought these 52,000 vehicles will have reconsidered their purchase and may pursue a used vehicle instead?

Not only is the market down in sales, there is a risk to the 50,000 people who are employed in the automotive industry in this country. Calls are going out for serious government support which is imperative to the security of the tens of thousands employed in the Irish motor industry.

Some of the biggest car manufacturers, such as Volkswagen and Fiat-Chrysler are preparing  to announce their second-quarter results next month and it’s going to be bad, really bad.

The Irish Government need to act and act fast on behalf of the motor industry as France, Germany and Spain have already unveiled aid packages for the industry, while Britain’s main motor trade group called on their government for major support, suggesting that if nothing is done, one in six jobs are at risk.

The Society of Motor Manufacturers and Traders (SMMT) in the United Kingdom has called on the British government to release emergency funding, tax holidays and policies to boost sales. They are expecting UK production to drop by one third to 920,000 cars and light commercial vehicles this year. The SMMT said that annual output could fall to less than 850,000 cars by 2025, which would be the lowest since 1953. SMMT CEO Mike Hawes said:

“Covid has consumed every inch of capability and capacity and the industry has not the resource, the time nor the clarity to prepare for a further shock of a hard Brexit,”

“Brexit is still the biggest threat to the long-term future of the industry, that’s why we do need a deal,"

“Given the unprecedented collapse in sales to date, purchase incentives and scrappage schemes are urgently required right across the EU to create much-needed demand for new cars,”

The EU market has contracted 41.5% so far this year, according to the European group ACEA (European Automobile Manufacturers Association).

It is likely that sales will recover slightly in the coming months as these Covid-19 restrictions measures end and life slowly returns to normal.