Lamborghini smashed up just minutes after leaving the showroom 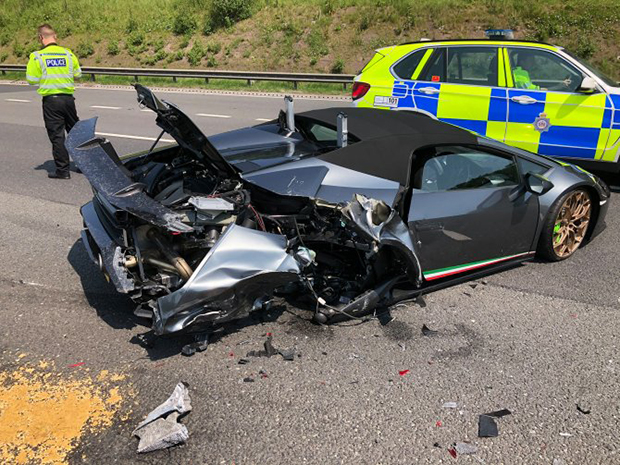 A brand new Lamborghini has been wrecked in a crash on the M1 in Yorkshire just 20 minutes after after leaving the showroom.

West Yorkshire Police tweeted pictures of the destroyed sports car after the accident on Wednesday.

In an extraordinary turn of events,  20 minutes after being handed the keys to their brand new Lamborghini Huracan Spyder supercar, it was smashed up on the motorway in a very unfortunate accident. 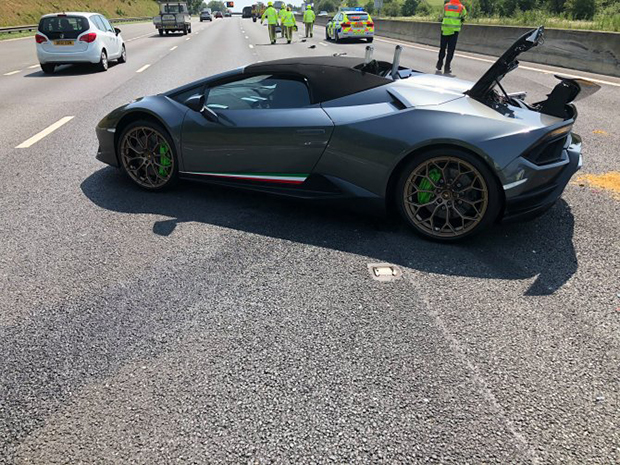 The crash happened just after 1pm on the southbound carriageway between Junction 40 at Flushdyke and Junction 39 at Durkar near Wakefield in the UK.

As the car was on the motorway it suffered a mechanical failure when another driver plowed into the back of it. West Yorkshire Police tweeted:

“It’s only a car! But on this occasion a 20 minute old brand new Lamborghini that stopped due to mechanical failure in lane 3. Hit from behind by an innocent motorist #couldhavecried.”

The van driver was left with head injuries, but thankfully nobody received serious injuries. Let’s hope the Lambo driver took out insurance!