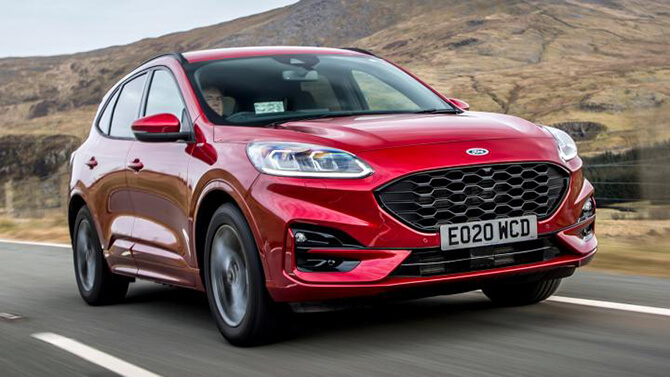 Is the Ford Kuga PHEV one of the best plug-in hybrid SUVs you could drive? Some think so.

The Ford Kuga is a very popular compact Sport Utility Vehicle, more commonly known as an SUV. It first went on sale back in 2008 when it was built at the Ford plant in Saarlouis, Germany.

This will mean that private buyers and company car drivers will have the benefit of lower fuel and motor tax bills.

The Kuga hybrid is based around a 2.5-litre petrol engine with a 14.4 kWh lithium-ion battery pack powered electric motor.

From a full charge, the new Kuga will have a range of up to 35 miles (56 kms) on electric power alone. This is within range of most daily commutes around our main towns and cities in Ireland.

The battery pack takes up to 3.5 hours to charge using a 7.4kW supply and this can be done from your home if you have the appropriate charge point installed.

You can also charge up on the public network charge points but it doesn’t support fast charging. Most owners, then, will rely on an overnight top-up on power. 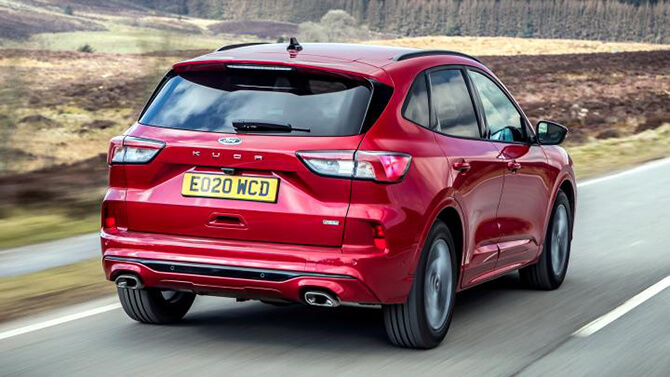 This plug-in SUV has a powerful 222bhp four-cylinder petrol engine, which makes it the most powerful Ford Kuga in the current range.

The PHEV model will be quite a bit more powerful than the standard versions of the Kuga. This vehicle is designed more for economy than for rapid acceleration, so 0-62mph in 9.2-seconds is just average for its class.

The official fuel consumption is 202mpg depending on the length of the commute and how often the battery is recharged. The CO2 figure is a fixed 26g/km which is a big advantage for company-car drivers thanks to the low Benefit-in-Kind liability it may provide and also low motor tax.

In terms of performance though and taking into consideration its extra weight with the battery pack and an unresponsive automatic gearbox, it will feel similar to a regular 2.0-litre diesel.

This vehicle is still fairly sizable with plenty of space for passengers considering the extra hardware. It has 581 litres of boot space, expanding to 1,481 litres with the seats folded. 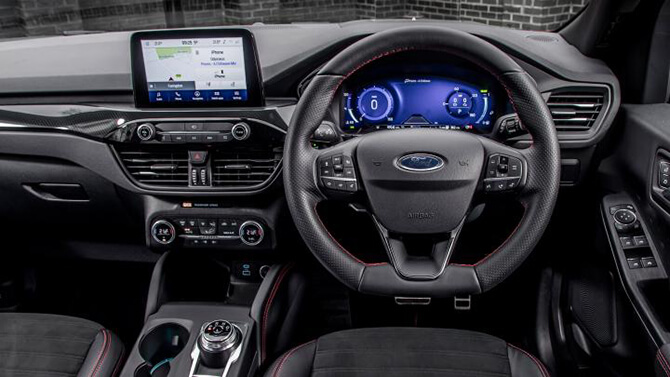 Ford has made this one of the best-handling cars in its class. The steering is also accurate and feels good. This SUV is not designed as an off-road vehicle but its front-wheel drive does give it plenty of grip on the road.

Although the Kuga is an popular SUV, the interior is unlikely to win any design awards but it is certainly functional and intuitive for most driving situations.

The PHEV is not the cheapest Zetec spec out there. The Titanium model comes with 18-inch alloy wheels, LED lights, dual-zone climate control, wireless smartphone charging and sat-nav.

The ST-Line has a little sportier styling, digital instruments and a different set of wheels.

The ST-Line X model has a few more luxuries like a powered tailgate, heated front seats, a panoramic sunroof and 19-inch alloys.

At top of the range the Vignale version comes with premium leather and a head-up display.

According to an independent safety body, it is given a five-star Euro NCAP score thanks to its excellent crash-test performance. It also scored 92% for adult safety, 86% for child safety and 82% for pedestrian protection.

Other safety features include lane-assist, hill-start assist and autonomous emergency braking. For around €1,100 extra, you can have a Driver Assistance pack which has blind-spot monitoring, traffic sign recognition and all-round cameras. 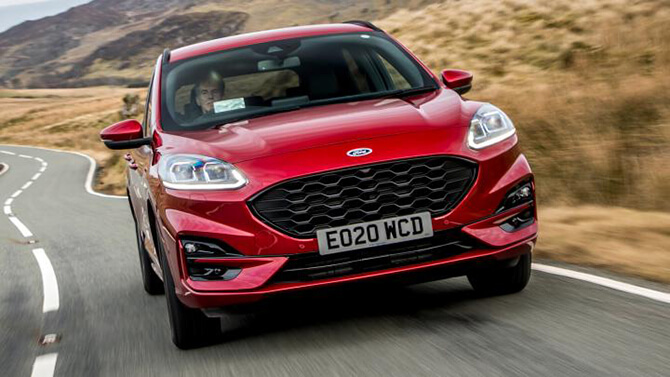 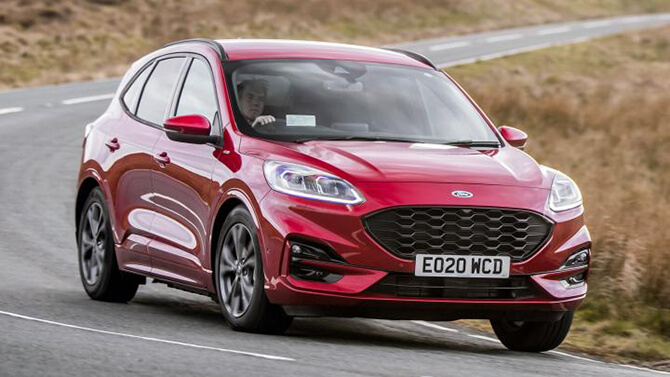 Previous Article: Lamborghini Aventador 10,000th Car Milestone
Next Article: Why you shouldn't trust a car history check from a used car website that is advertising the vehicle for sale